A Hacker can turn Smart Meter into a Bomb!! A few more videos/sites to check on 5G, EMF Health Damage & Film “Your Power” hides & misleading as usual…

Have you watched the documentary, “Take Back Your Power”?
Take Back Your Power
I was lucky to get it on YouTube a few years ago by coming across when someone uploaded it with (probably) French subtitles and changed its title to “Smart Grid - Smart Meter - Scam and Risk of Death”. Unfortunately, I think that was blocked as usual, but you can watch bits and pieces from the documentary.

In it, they showed us about a young man Rich, who was at the graduate school in San Diego University, who died from a horrific brain tumor due to the mobile tower standing right in front of his dormitory room. 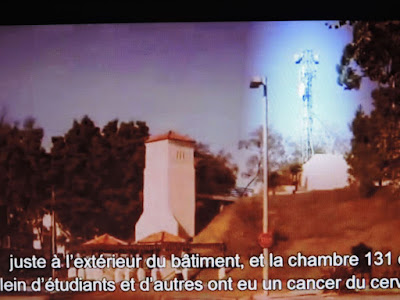 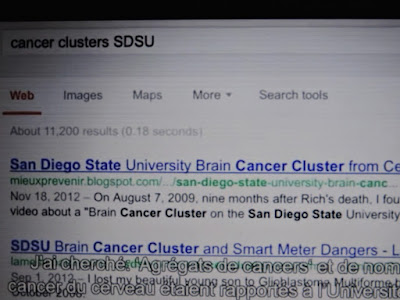 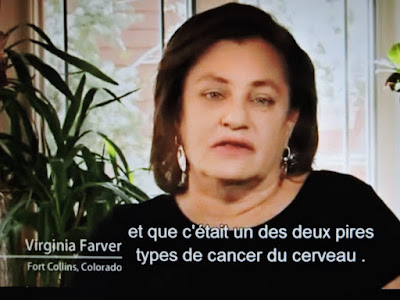 has been investigating and revealing the EMF damage apparently, and had another interview on this radio show,

The UN Is Behind the Deadly 5G Rollout In America
http://www.thecommonsenseshow.com/the-un-is-behind-the-deadly-5g-rollout-in-america/

She is saying a lot of things but one of them is,
“…the UK Parliament document stated that a hacker can turn a Smart Meter into a BOMB!”

I tried to find this on the net, but only thing I found on the mainstream media was,

Well, if Russians can do that sort of thing, our FAKE authorities should be able to, right?

And then, I saw this article which was actually deleted but I got on archive.org, 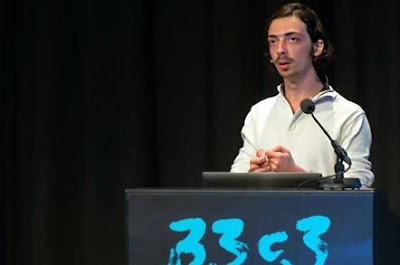 And I wonder about this the 33rd CCC event immediately.
Just its name and 33rd must be telling us something…

There was a video on the page but it was already deleted.
https://www.youtube.com/watch?v=nRB781duYTE
This video is no longer available because the YouTube account associated with this video has been terminated.
Wonderful.

Another one with Virginia, from 2017 is here,


and the page for it is,
http://www.thecommonsenseshow.com/the-5g-depopulation-plot-virginia-farver-the-css-91717-hour-3/

though I’m not sure about this Dave Hodges guy, as usual LOL.
I found their Contact (gmail) so I sent him the information about Governments are Companies FRAUD and told him that we should fight back like I have, but got no reply. Simply scared??

Anyhow, in either one of them, this Dave was talking about the criminals’ plan to have eleven regions in/around the U.S. and he was saying that they will reduce the population to six million each = 66 million and he was saying something like, “What about the rest of 90%?”

Yet, when I checked about it, I found this page,

Megaregions of the United States
https://en.wikipedia.org/wiki/Megaregions_of_the_United_States 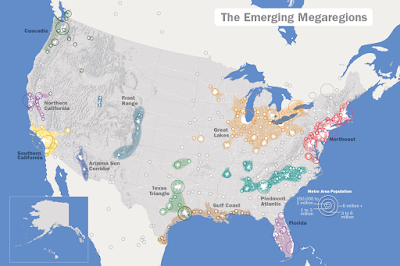 Megaregions of the United States are clustered networks of American cities, which are currently estimated to contain a population exceeding 237 million.[1][2][3]

So, it would be 237 million down to 66 million.
This Dave guy made it sound he was talking about the entire world.
Unless there’s another agenda similar to above, he was obviously inaccurate.

Well, another thing I found on the net when I was doing a search with “UN target 66 million by 2050” was,

It’s always like this. They make their document incredibly long, so that even when it’s some legislation, none of so-called law makers would ever read it at all. And yet, they always pass any of them in order to stay where they are, while We the Sheople keep giving their power to the criminals repeatedly.

Another video (another radio show) is from Deborah Tavares,


One of the things she’s pointing out there is tattoo.
Yes, I was aware of its toxicity and remember a girl we know, who suffered from CFS and depression after having a beautiful tattoo she designed, because the color red is mercury.

But there, what Deborah is saying is like that “6 6 6 ” on our forehead or hand or wherever, that works as a chip, I think. Anyway, it’s best to avoid and refuse having any tattoo.

And don’t you dare think that all above is just about the U.S.A.
It’s definitely worldwide. Well, in the West. Or to be more precise, in the countries occupied by Illuminati.

As you should know, 5G is coming here in Australia next year, and that must mean that they are most likely installing the towers everywhere NOW (if not yet, very soon). And as Virginia mentioned, NTT Docomo in Japan are working on it, too.

NTT in Japan is like AT&T in the U.S. and Telstra in Australia, and as Virginia tells us around 36 min into the first video above, it’s developed a 5G base station which is designed to be buried in the ground to support deployments in areas with a shortage of space. And that last bit definitely applies with places like Tokyo, my home town!! And it “will adjust the intensity and direction of the radio waves in order to not affect pedestrians”.

Right, to “NOT affect pedestrians” but WHO will it affect!?? is one of the questions we should ask.

At least, it seems Japanese are trying to minimize the damage??
Not sure…

BTW, they’re targeting to install Smart POISONOUS Meter to every house in Japan by 2020, and in the meantime, I see there are already those who’re getting the health damage, and a few of them succeeded to make them change it back to the old meter.

Also, a couple of pages I saw talk about EMF damaging our antioxidant defense system, 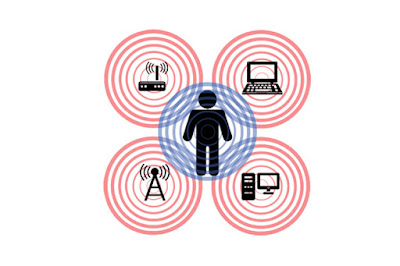 which contains below short video,


I assume taking good quality anti-oxidant from food and drink could/might be able to help us to certain extent, though I’m not an expert at all.

Anyway, above “RCR Wireless News” article said, “NTT DoCoMo said it expects to start deploying this new 5G antenna next year” so they could be a bit behind Australia but they are going to kill many on top of other poisons those traitors have been feeding the citizens.

You see, when they complete this deployment (as Virginia points out, it’s a military term) of 5G towers, they will be ready to kill many of us if not all by altering the power and frequency, and I guess they want to leave some alive to tidy up the mess (dead bodies), and the world would look like the one we saw in the movie, “Terminator”.

So, please do your bits!!
Tell everybody about this upcoming danger and make some REAL EFFORT to stop it.

Another thing I’d like to tell you is about this newly made documentary film called “Your Power”,

Seems no trailer?
YouTube search with “Your Power” Morwell fire showed me this instead:


I think once I met this John Parker guy (around 43 sec) years ago.
Seems it’s a part of some documentary… anyway, back to this new documentary called “Your Power”, which is about the horrific fire in Morwell, Vic a few years ago. They held a few showing sessions so I went to one of them, and as expected, they never interviewed any one of the witnesses who saw some people burning toilet rolls on the road right next to the mine which must have started the fire, and then I believe they must have used chemtrails = weather weapons to create strong wind to make the fire horrific and last for days.

They used it to shut down the Hazelwood Power Station, making so many lose their jobs and suffer. I know one of them personally.

On top, this film very positively promotes so-called alternative energy as usual, without telling the toxicity of solar and wind power, starting with rare metals which are environmental and human health hazard, dirty electricity and low frequency noise which are making so many people sick and suffering around the globe.

I pointed those out to the film makers at Q&A, but this FAKE Government’s underling named Luke van den Meuren (spelling?) dismissed the first one, and the director (obviously another shill) stressed that they are based on SCIENCE when they don’t listen to those victims or REAL scientists and experts who are NOT bought by money!!

That Union guy Luke also kept saying that we’ve got to send “our independent representative to Spring St (FAKE State Parliament) and Canberra” which NEVER WORKS for us. I just hope some of the participants would start to THINK with their own brain from what I pointed out there.

We’ve got to get out of this stage, you know 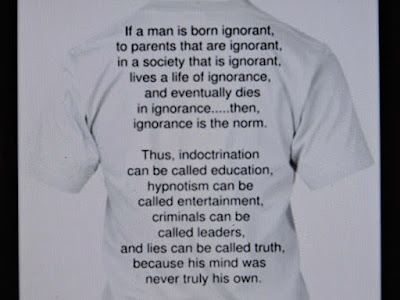 and we all should realize that giving our power i.e. money and vote, especially the latter, to liars IS the biggest mistake we’ve been making. 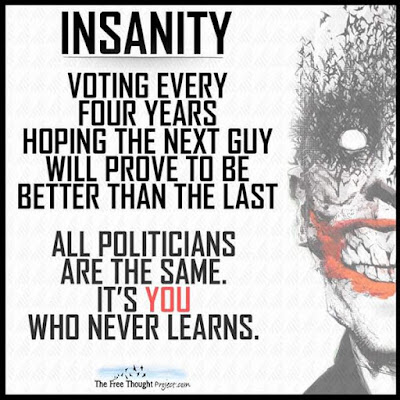 Another image, though I don’t really like this guy, 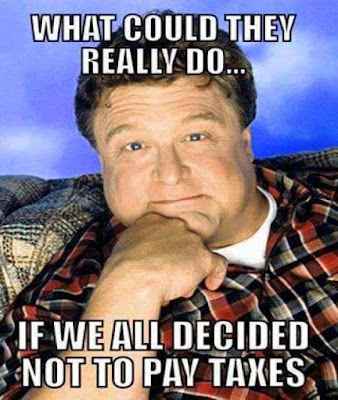 Yes, that’s exactly what happened in the U.K. as somebody kindly told me about recently. Please read below.

Along with that AND telling them that they are the criminals committing traitorous fraud and poisoning us IN THEIR FACE is what every one of us should do NOW before they kill many of us INCLUDING YOUR CHILDREN.

So, please fight back like I do, or AT LEAST say the Secret everyday

as many times as you can, with genuine emotion of joy and gratitude and tell others!!

Save above image, print it out, make copies and give everyone you know.
Also, put that up in your house here and there, and say it overtime you see it.
You should be able to have that sort of time and energy, at least.
Do your bits, everyone!!