Have you watched a video, “William Cooper Exposes Aaron Russo”? - BEWARE of FAKE GOV’s agents who are everywhere and sometimes it’s really hard to see

Have you dropped by AustPost lately?
it’s rather hilarious to me, that they made stamps with Chem-sky!! 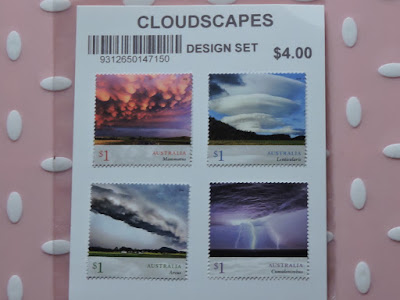 I saw those Mammatus clouds myself shortly before the FAKE GOV’s agent John Bursill had someone spray chemtrails over our house back in 2008. They look really spooky, I tell you. And those 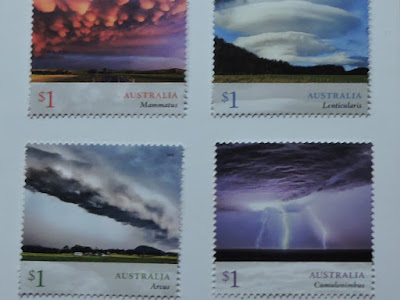 This is just another education, designed for sheople to make them believe all their artificial chem-skies are all natural.

Oh, and this is not quite suitable for this blog, but I recently saw this, 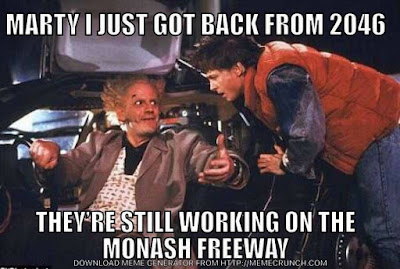 Those who drive on M1 in Victora would understand it very well, and it is really frustrating when they actually have NO Road Work going on, and yet we quite often have to go down to 60km or even 40km/hour!! It’s another way of them controlling us and trying to catch us to give us those FAKE fines.

As a matter of fact, on my way back from the city (Melbourne) on M1, when I was going slow at 60km/hr as indicated, one FAKE police car came by and they were definitely speeding but there’s no one who would arrest them. Is that fair?

Also when we went to Ballarat last time, we heard about this Chinese tourist/s driving late night to get to their motel, and saw the sign of 60km or 40km/hr due to the ‘Road Work’ but they didn’t see any work going on, so they went at faster speed, and got caught and was charged way over $800!!!!!

They obviously rented the car therefore they had no way out and had to pay that.
Don’t you think it’s a shocking disgrace!?? just like those FAKE ‘authorized officers’ bullying tourists on trams (I saw such an incident once). What sort of impression they’d get and what they’ll tell their friends and families once getting back home? Really nasty, I’d say.

And it’s a question of how many can really wake up!??
Well, trying to make you feel positive, I tell you that recently I encountered a few who spoke to me seeing the signs on my car, 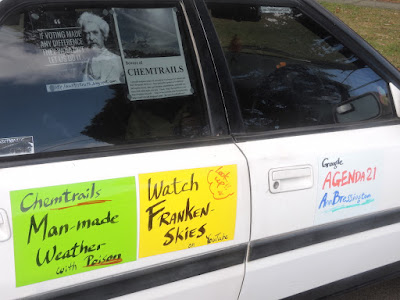 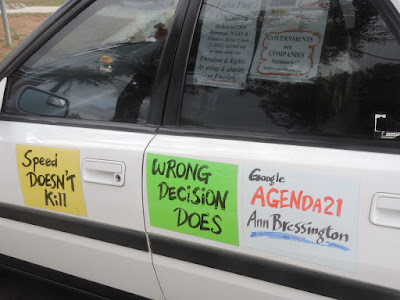 who told me that they understand chemtrails, GOVisCO FRAUD etc. One of them, a woman who parked her car next to mine in a supermarket car park seemed disgusted with so many who are deep in coma. I fully understand that frustration. It’s like what that courageous German lady Ursula Haversack said a few years ago, 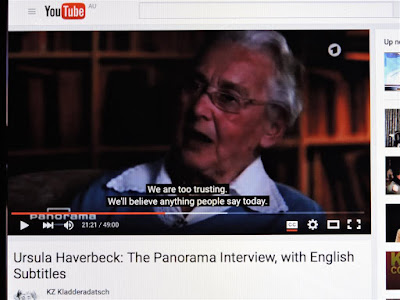 On the other hand, I talked with this woman (don’t remember where and how the conversation started) who told me that her husband wants to have all electric car - automatic driving, I guess. So I told her it’s a crazy idea cause they’ll get zapped and anyone can control the car… and you know you’ll end up like Lady Diana, Danny Jowenko and so forth.


Later, he was killed in a car accident but I strongly suspect that he was deliberately killed as a retaliation.

Also when I was in a shop using their WiFi (which BTW, gives me headache cause WiFi is a Microwave WEAPON ), a couple came by to see the desk I was using (with the shop employees’ permission) and they were talking about wireless printer so I told them to stay away from any wireless gadgets cause they are poison, and eventually told them that 5G will kill many of us, 5G technology cooked human eyes like eggs during the WWII according to IEEE,


and with 5G, it’s like going through full body scan 24/7.
The wife seemed worried and thinking but the husband was looking at me as if he was looking at a lunatic.

I just want to know why some people can’t THINK!?
All because of fluoride etc. dumbing down?

and somebody put the sub to it . Below is not the original link, but here it is.
The first minute or so, is mainly in JP but you can hear the interview all right.
And that IRS presented as “It Really Sucks” at 2:50, I believe it was Bill Cooper who said that. The actual interview starts around 3:20.


I thought that was brilliant and thought Aaron was courageous and a hero, though I noticed Alex Jones doing his job (as a FAKE Gov’s agent). Also, I really loved Aaron’s “The Rose” the movie


and I should say that I already had positive emotion towards Aaron before seeing above interview.

As I always tell you, our emotion blocks our eyes and ears, remember?

Then, a while ago I read that Bill Cooper saying (writing) about “The Rose” and the song itself was actually about the Rosicrucians!! OMG!! moment. I don’t think the below video was the one, but still you can hear a bit on it.

The most important broadcast you will ever hear - William (Bill) Cooper
https://www.youtube.com/watch?v=v2EtIcRk7Rc


And now, I found this video, too


Some might not see it but I can clearly see Aaron trying to evade Bill’s question several times by twisting what Bill said, and that’s a sign of FAKE GOV’s agent. I’ve encountered so many of them, so I can tell. After listening to above and then if you watch


I see his ranting was, yes because he is MAD AS HELL, but such manner would chase many away from him and what he’s saying, and that’s just like that FAKE GOV’s agent in Sydney John Bursill who was going to various conferences/meetings, talking about 9/11 truth, Holocaust lie etc but in the way that sounds so crazy - is an account of a man who was there at one such event.

Anyhow, I thought Aaron was great, and he did make a brilliant documentary as many of you probably know,


and I thought he was killed later, but I’m not that sure now.
I’d like to know what Bill Cooper would have thought about above documentary, but he was already murdered several years prior.

Perhaps Aaron woke up again and got on our side towards the end of his life, but I do know Illuminati actually enjoys telling us some truth here and there, so Aaron might have been doing that with Jones.

Like I always say, there are incredibly many FAKE GOV’s agents everywhere. So, be careful and do your best to see through the truth they kindly feed us but stay away from their disinformation.

And as always, think about starting your fight against the traitorous fraudulent criminals like me, or at least, say below with real emotion of joy and gratitude as many times everyday

and spread the word far and wide!!