20 years on since the ASSASSINATION of Lady Diana and Dodi, the people in the U.K. still NOT having any revolution YET?

Have you watched the new song of Taylor Swift?

Taylor Swift - Look What You Made Me Do
https://www.youtube.com/watch?v=3tmd-ClpJxA


She has shown us that she’s been working for Illuminati here and there, but sometimes I felt that she was not enjoying it and didn’t want to do such, like showing their finger sign etc. But this time, the title itself tells us something, and the opening where we see a grave with “Here lies Taylor Swift’s REPUTATION.”

And she is showing her tongue 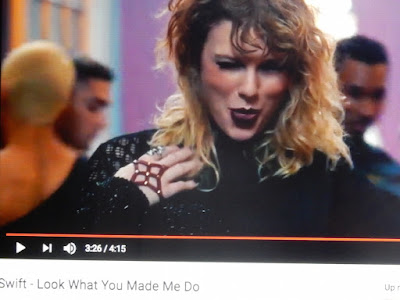 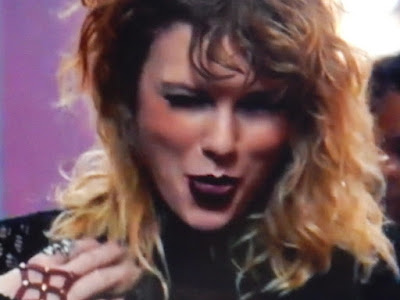 and the lyrics contain,

I've got a list of names and yours is in red, underlined

Is that Rothschild’s red?
Yeah, red lipstick is her trademark, and when we see that up close, she goes like:

I wonder this means that Taylor has joined seriously to the bunch of slaves, under serious and constant mind control to serve the Satan of Illuminati. She along with many such as Brittany Spears, Miley (who seems to have come out of it lately after they made her so unpopular), Aliana Grande, Katie Perry and so forth, yes, they maybe become rich and famous but they never know when they get killed.

Taylor’s friend Ed Sheeran had some song that shows he knows all about this and wonders if he dies young, did you know? Maybe this one…


My daughter is Taylor’s fan and she wonder if she’s going to be killed at age 36, and I wonder there could be a case of age 29,

Anyhow, I feel sorry for all these victims, used, abused and killed just like Michael Jackson was as many of you should know.

Well now, about Lady Di’s assassination.
Who was killed at age 36 as you recall.
I have to say it is simply SO EASY for ‘those who have’ to commit shocking crimes and get away with it.

This is yet another example which took place twenty years ago.
I’ve been watching some documentaries related with the assassination of Princess Diana 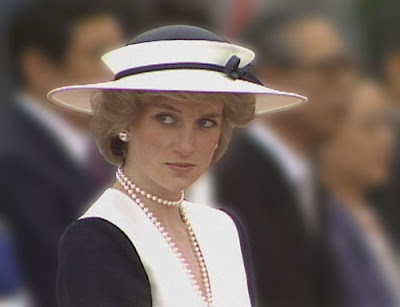 and her boyfriend Dodi lately, starting with the one I saw years ago on Alex Jones’ site when I was still looking at fairly regularly.

It was titled “Diana - The Night She Died” but the size was way too small, images were so blurry, and most importantly, I could not read the English subtitles for French speakers at all!! 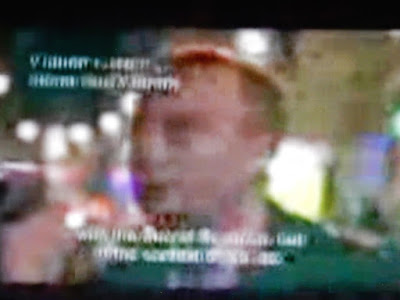 This time, I wanted to write about this crime and looked for it on YouTube, then voila!!


The version I watched years ago didn’t have the beginning and the end. I don’t know why and now I see that this was made by David Cohen who showed “Tatler” magazine’s editor, who also wanting to see an inquest in the U.K. Well, it seems it did happen but just another whitewash.

Then I saw Chris Everard’s documentary,


Almost FOUR HOURS, but I watched it - very interesting.
Everard made a lengthy documentary on that Apollo hoax, I watched it years ago and along with my own investigation at the time, it convinced me that all Apollo stories are lies.

Even if you don’t have time, you’ve got to watch this brilliant work especially if you remember another Princess who was killed, after around 1:49. But no later than 1:58 mark.

Hackers Remotely Kill a Jeep on the Highway—With Me in It
https://www.youtube.com/watch?v=MK0SrxBC1xs


Along with that talk about the Boston Assassin Technique, above can tell you what actually happened, along with what Chris found after owning and driving the same Mercedes for some time.

Oh, the one I saw seems to have been deleted. Instead,


which cannot be shown in the U.K. for some obvious reasons just like we cannot watch Michael Jackson’s ”They Don’t Really Care About Us” with him singing that word, ”KIKE”.

They Don’t Care About Us
https://www.youtube.com/watch?v=QNJL6nfu__Q


Talking about Lady Di, I actually saw Princess Diana once when I was working in London.

My office was right across from Harrods and my flat was in South Kensington - what a luxurious life I had… and I used to go home for lunch. It was one of those days I believe, when I was walking that road right out that fancy department store, I saw one car coming and it was her, Diana the Princess of Wales driving. I saw her in the eyes and she saw me in the eyes. Just for a few seconds, but I still remember that moment. Perhaps that “encounter” made me feel that I have to write about her assassination on my blog.

Take your time and watch above three.
Some of you might remember this…

I really would like to know how much the Queen knew.
And I remember reading that William said he would find the culprit no matter what, and yet it seems he has forgotten all that. That’s probably they, along with Harry, are under intense mind control from their early stage, so he will never find that his own grandfather and his father planned and carried out this horrific murder.

After watching above three documentaries, I have this strong feeling or understanding that We the People never carry out any revolution except the ones that Illuminati plans and sets up and that’s the very reason why these traitorous fraudulent criminals can keep committing horrendous crimes upon us.

Do you want to change that?
Then start fighting back just like I do (i.e. refuse paying whatever the criminals at COMPANIES calling themselves ‘government’, ‘court’, ‘police’ etc. tells us to pay, and do not vote as they tell us to, because those are the means for them to steal our power from us in order to steal our health, wealth, freedom and rights!!), or at least say below everyday as many times as possible .

and spread far and wide, at least!!