One day late, but enjoy!

Posted by Aus911Truth at 2:19 PM No comments: Links to this post

You can find many videos on YouTube claiming this Russian Ambassador assassination is a hoax, false flag operation etc and the ones I watched were basically saying “there was no blood”, or “it’s weird that the cameraman kept taking the video while the gunman had his gun pointing at people”.

I think this was the photo I saw first, 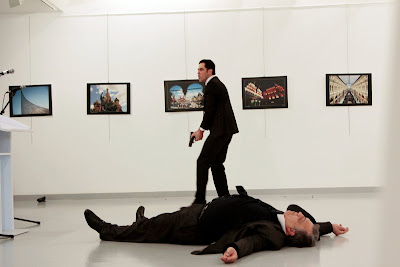 and I thought something is not right.
I guess my intuition was correct.

As I’ve told you, I’ve been refusing to pay rates and water bills for some years because they are absolutely unconstitutional to begin with and on top, Governments are Companies therefore their FAKE law (they call them Acts and Statutes) are all null and void. And these criminals have been stealing our health, wealth, freedom and rights over the years, along with poisoning us in various ways beyond your imagination.

Nowadays, I’ve been refusing to pay so-called ‘traffic fines’ as well, because none of so-called Magistrates Court of Victoria, so-called Victoria Police, so-called Sheriff’s Office et al could present me any counter evidence to claim that they are real Governments’ bodies at all!!. That means they have no authority over us also, when you look at this ‘traffic fines’, they are nothing to do with safety but merely their super unreasonable profit!!

Some years ago, I watched a documentary, it was rather a lecture with audience about this Smart Meter but calling this agenda as Illuminati’s Smart Grid”.
I tried to find that video but YouTube or search engines hiding it and cannot locate it. Instead, I found this and I should say it is a very good documentary so I’d want EVERYBODY to watch it. 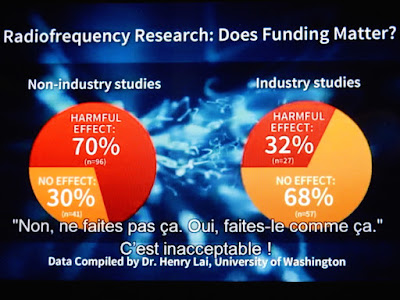 Ever since they installed Smart Meter in our neighborhood, I’ve started getting