This video was taken four years ago, but the same thing happening everywhere all the time!

It's Satan's Special Sauce: (Sorry for the very amateur videography!) January 10, 2012 over northern California. Enjoying the New Year's Dyn-O-Gel-induced drought. Chemtrails are killing our rainy season. We got some brief "sun" today--a rare occurrence through the chem-crud. We've seen few clouds the past year (no, not those milky chemtrail smears--REAL clouds). None in nearly two months. No wind, no breezes anymore. Just dry, motionless, white-out "weather". They tested Dyn-O-Gel, a cross-linked aqueous polymer, US Patent 6,315,213, from military planes. Do a search: Others think, like I, it's been added to the chemtrail formula. I've seen comments from people wondering about droughts in Australia, Texas, and Montana. It dissolves clouds. Environmental engineer, R. Mike Castle, says it makes your lungs sticky, too. Prepping pulmonary alveoli for the mycoplasma in the trails? In this year's flu vaccine?

Please read the previous post before start reading this if you haven’t.
So I assume many of you were wondering what I wrote back to Maddocks.
Here’s what I said below and I’d say,
SHAME ON ALL WHO DECEIVE US & THEIR UNDERLINGS!!

I’m glad that this documentary clearly states that the warming of the globe actually stopped years ago. I mean, while some other documentaries such as “What is the world are they spraying?” or its sequel “Why in the world are they spraying?” though they were well made, didn’t mention that anthropogenic global warming story IS a lie. As I say, there are fake Governments’ agents everywhere, so we never know… They give out true information but throw in some disinfo to confuse us, deceive us, mislead us, divide us, and to destroy the entire movement just like those guys who’ve been holding meetings where they teach about the Constitution and basic laws (i.e. they are agents). Also they don’t give us real solution to tackle various issues which are caused by this horrible traitorous fraud of ‘Governments are Companies’.

Anyway, it’s obvious that they’ve been manipulating the weather for a few decades if not longer,

EMR/EMF damage, and more seriously: Electromagnetic Weapons - Listen to what Barrie Trower has got to say!!

The other day, I posted this and told you a bit about the damage I get from EMR/EMF due to neighbors' Smart Meters, WiFi and mobile etc when we have none of them ourselves.

Well, actually I found the victims of a crime called mass stalking in JP uploaded images of the damage they get from EMR attack here. The cult called Soka Gakkai (France has identified Soka Gakkai, SG as cult while JP media never warns people there cause SG is very powerful, owning one political party and has infiltrated everywhere in the society) is behind this mass stalking (I just found one blog in English on the crime), and it is similar to what the Washington Post reported some years ago, titled Mind Games. It’s a lengthy article, but a MUST READ I should say. It’s mind-boggling. I wonder if there’s any victim of a similar crime here in Australia…

Anyhow, as for the EMR/EMF damage, I get similar problem to above, exactly the same as this one from above victims’ page

So, David Bowie died at age 69 after battling with cancer for 18months…

Some years ago, I watched a video of a lecture of Dr. Kozo Niwa M.D. and he was saying that he never wrote “cancer” as a cause of death on any death certificate of his patients. Along with above numbers, I really wonder what actually killed Bowie whose image with thunderbolt is well known. 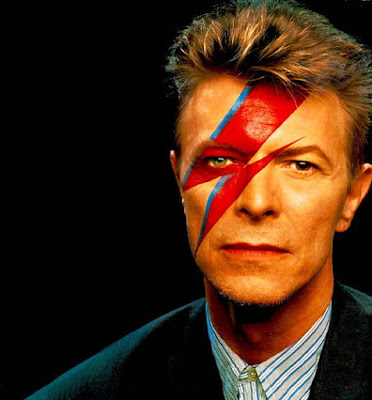 This is seriously one of so many unforgivable crimes of GOVisCO - fraudulent, traitorous fake Governments of ours!!

and we’ve gotta fight bak in a peaceful manner!!