I went to the rally yesterday in Melbourne, for that ‘Global Warming ~ Climate Change’ LIE 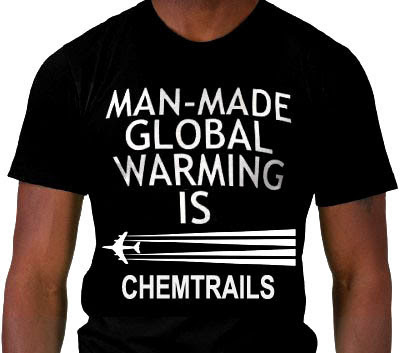 Sadly, so many people have been brainwashed and believing that lie,
but there are quite a few, who know what’s really happening. I made a fantastic sign (hopefully I’ll show you later) and handed out over 500 mini-flyers of mine ;O) in the rain.

Yes, rain. :O(
I thought they’d make it crazily hot, but starting at 6pm, they decided to ridicule the protesters with cool to cold temperature with toxic rain which left ugly residue on my boots. Has anyone noticed that it used to be like, when it rained, it made things like car windshield/windows CLEAN but nowadays (for some years), it leaves ugly residue because Chem-rain has got various toxins from chemtrails.

Long before I got to the rally, I met three men standing in front of the Southern Cross Station, who saw my sign and talked to me. One of them even knew about that Georgia Guidestones, and they told me very interesting things. One is that Chinese are building (or built) private airports in the red center, and another was that those criminals were building some underground facilities for water and things near Tenant Creek. I believe that’s in Northern Territory, off Alice Springs.
Gotta check those.

At any rate, those men understood everything I had to say and it was encouraging. ;o)

At the rally, I didn’t listen to any of the speakers but kept handing out my flyer.
Towards the end of the rally, when I was handing them out to people marching, one young man came back to ‘correct’ me about 5G He said he “studied it” and obviously was told/taught lie to believe that it’s safe, sadly.

I told him about my father who was a doctor i.e. brainwashed through education to become a salesperson for medical and pharmaceutical industries (though he saw some lies before he died) and I asked him to check what Barrie Trower has been telling us. He was very nice and polite, didn’t even seem offended when I told him that he was taught lies. Honestly, I wouldn’t mind having him for my daughter’s boyfriend, LOL Shame I didn’t get his contact, Haha! Anyhow, I thanked him for speaking to me and we shook hands. ;o)

It’s important to NOT get divided as the criminals wish.
If you (above young gentleman) is reading this, please know that I truly appreciated that you talked to me. I hope you see that it is also very important to remain open minded and not deny or refuse controversial allegation to what you believe, and examine some deliberately hidden facts before denying anything.

I hope you check not only Barrie Trower but so many others who are warning us over the years. You can put “5G” or “Microwave Weapons” in the [within blog search] bracket on top left. One of such honest experts, Dr. Dietrich Klinghardt is saying in the very short clip for Josh del Sol’s 5G CRISIS 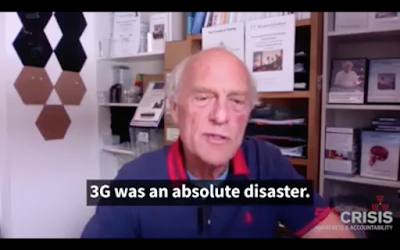 3G was an absolute disaster 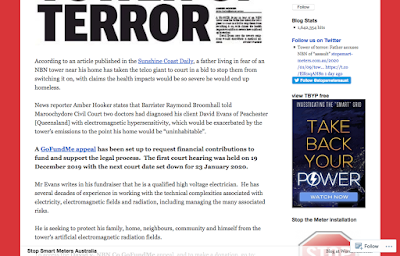 Many more are becoming electromagnetic sensitive like myself.
And even when you don’t sense the adverse health effect, it damages you all right.
Yet younger generations don’t know facts like many traders especially in the U.S. who used mobile phones got brain tumor and died a few decades ago, and in Melbourne, due to the mobile towers on top of RMIT building, people who were working right under them got brain tumor and that was widely reported.

Same with chemtrails, younger people who grew up while they were already spraying don’t know the real natural sky, therefore they’d think all these toxic and un-natural ‘clouds’ are normal.

Anyway, this is a quick one to show you a few videos again, first education = brainwashing/teaching lies

It talks about the history but it’s not just history.
We were told/taught various lies in many fields.
You see, who would ever imagine that your teachers teach you lies!??
They were probably taught those lies themselves, so they believe they are true, thus they sound so convincing. That’s the key to deceive many.

And on ‘Global Warming ~ Climate Change’ lie
Yesterday, I came across some young people, mostly men who said they know Governments are Companies FRAUD but when it comes to chemtrails or “Global Warming is a lie”, they vehemently disagreed. 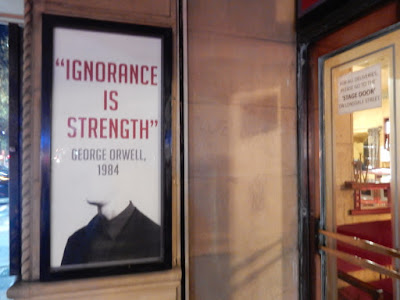 They can’t see the twist those traitors have. Those young men can see our ‘Government’ is lying to us, but they cannot see that the criminals are using and abusing their emotion and caring mind to make them believe their ‘Global Warming’ story and CO2 is the main culprit.

They probably didn’t even wonder why it was so COOL to COLD last night AGAIN.
And they can’t even see that CO2 is very important gas for our survival.
I wrote this before, but you see, plants inhale CO2, grow for us to eat, exhale oxygen for us to breathe. It’s a vital gas for humans.

When those criminals never talk about other poisons such as heavy metal toxins (incl Alminium and Copper), electromagnetic radiation and so forth, they focused on this benign gas, while altering the weather by their Weather Weapons, and keep deceiving many. Yet, it’s really about time for those to see the other side. So,


Those traitorous criminals want and need you to keep believing in this ‘Global Warming ~ Climate Change’ LIE so that you would eventually say, “Oh, we don’t like toxins poured onto our heads, but we’ve gotta use this Geoengineering ( = Chemtrails) to stop the warming” (when it’s SO COLD).

Listen to the Public Enemy Number One (though there are way too many like him) David Keith and alike, who’s making $$$ by spraying poison over our head.


At 5:51, it shows you that chemtrails residue on car window. 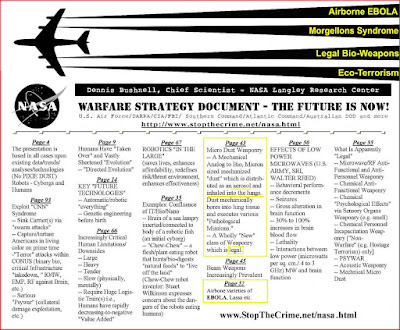 He/they don’t care how many people die from this. He actually says it. 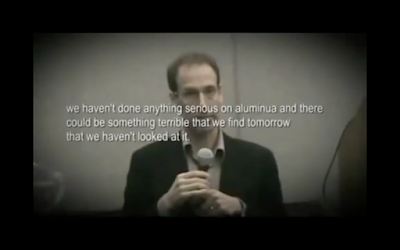 He is the one who said he is like GOD cause he can change the weather. 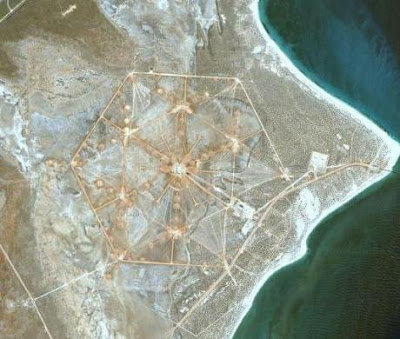 And the brilliant documentary from Matt Landman,
Those who believe “Chemtrails/Weather Weapons” are conspiracy, should watch these first, and then if still wish, refute them scientifically.


Another brilliant documentary from Italy,


All you guys need to realize that they’re creating this Global Dimming when we’re quite likely having Solar Minimum i.e. COOLING.

Oh, one of those who didn’t agree with “Global Warming is a LIE”, saw my sign
“9/11 was an inside job” and said he disagrees. Well, you can go to this page,

or watch one of the best 9/11 Truth documentaries, from Italy 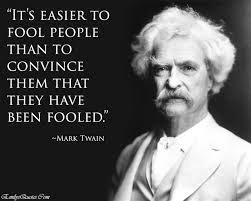 All of their poisons and crimes have gone back to Illuminati, and Illuminati has perished.
Since many have woken up fully, we’ve got genuinely decent, fair, just & peaceful world now. Yes, thank you!!
http://aus911truth.blogspot.com/2017/04/revised-secret-lets-defeat-them-all.html

with genuine emotion of joy and gratitude as many times as possible everyday. And, if you think above is way too long, just say

Illuminati has perished. Yeah, thank you!!

at least, and keep doing your bits to wake up more urgently to stop all their crimes!!