We have to realize that it’s a hoax / false flag / lie when media reports something big, and/or our FAKE Government officials make a fuss.

From the moment I heard about this fire at Notre Dam in Paris, I thought it smells.
Let’s take a look at the number. 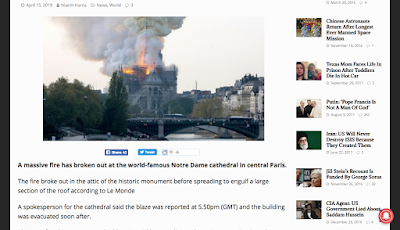 When I took a look at Wikipedia, 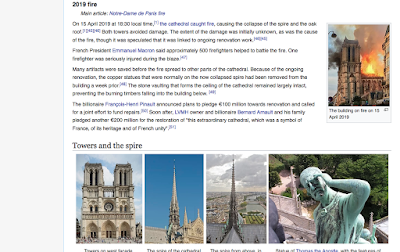 It says “18:30 local time” though time in Paris should be GMT plus 2 hours 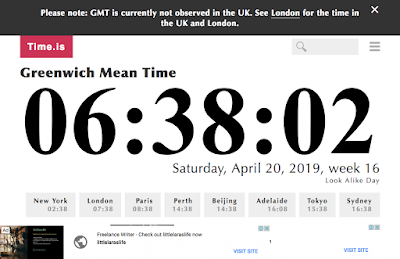 Down below that page,
Events
https://en.wikipedia.org/wiki/April_15#Events 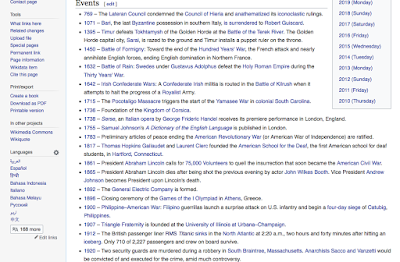 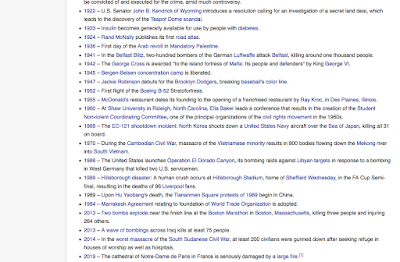 The most interesting in the latter half is Boston Marathon Bombing
http://aus911truth.blogspot.com/2013/04/boston-marathon-bombing-is-yet-another.html

I don’t know if they can manipulate when you are born apart from altering the date a few days to suit their likings in old times, yet the list of Births has got people like Leonardo da Vinci, some Royals, politicians including Khrushchev of Russia, rich businessmen like Dodi Fayed who got killed along with Lady Diana, and so forth. Even if they cannot control the date of birth, I bet they choose people by their birthday (along with other things) over others.

And the list of Deaths starting with a Japanese woman Emperor Suiko was a bit surprising. Other big names were like Jean-Paul Sartre, Greta Garbo, Pol Pot and I’m sure they deliberately killed many of them (on the list) on the day.

Back to the fire at Notre Dam, images from the video of the New York Times article, 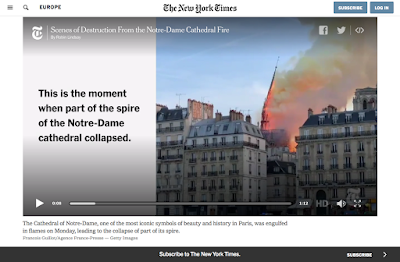 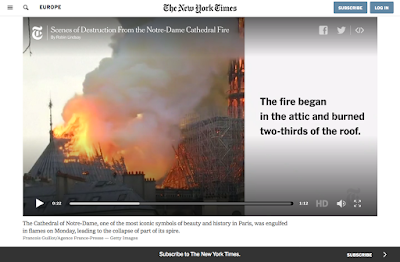 … and burned two-thirds of the roof
2 3rd, here again, their favorite 23 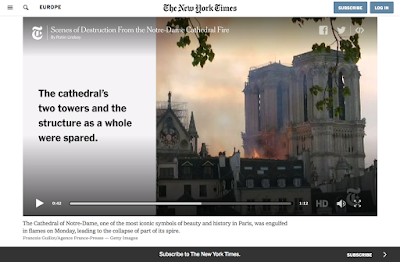 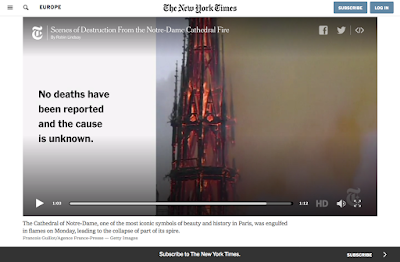 It also says they get 13 million visiting every year, and including the age of people who got interviewed, I can see their favorite numbers in this article. And that “850 year old Cathedral”
8 + 5 = 13

So I searched further and found some garbage, but this article by Leo Zagami who was allegedly at the tops of Illuminati in Italy and turned to be a whistle blower, though I was not that sure about it, sounds true to some extent. 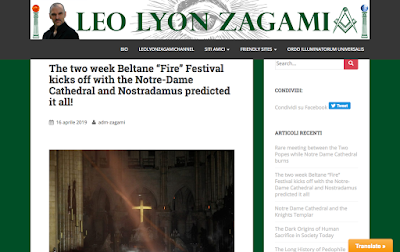 The two week Beltane “Fire” Festival kicks off with the Notre-Dame Cathedral and Nostradamus predicted it all!
16 aprile 2019
http://leozagami.com/2019/04/16/the-two-week-beltane-fire-festival-kicks-off-with-the-notre-dame-cathedral-and-nostradamus-predicted-it-all/

Yes, I remember that May Day known as labors’ festival was actually Illuminati’s festival, so Zagami ’s claim sounds true.

Zagami writes a random list of events which took place on and around 15th of April but for some unknown reason, it doesn’t contain Sinking of Titanic!!

Why did he need to hide it??
I posted a comment, 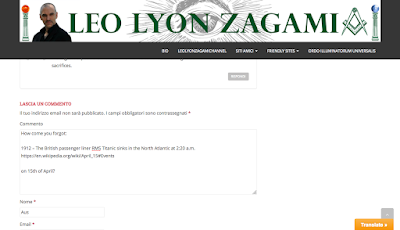 so will see if he approves and answers it all right.
As of 7:47pm 22 April, he hasn’t.
And for those who didn’t know about the facts behind that tragic fraud


Above doesn’t talk about the plot to kill those rich but good men who were against to establish the Federal Reserve but yes, it is the best documentary I have seen so far.

Around 14:00 into it, it says:
They lived in the time when the majority of the population were told what to think, where to go, what to do and when to do it
and yet, it actually applies with NOW where so many of us are SO dumbed down, brainwashed and misled, sadly.

Somewhere I read or saw that Captain Smith was a Freemason and obeyed the order, but above documentary tells that he was expecting the ship California would come rescue. And that makes more sense than him willing to die for their evil cause especially when he was such a dodgy capttain.

Anyway, i’d add to say that this article didn’t erase my “?” on Leo Zagami.
And as usual, I seriously want all of you to join the battle against their underlings in the COMPANIES calling themselves ‘Governments’, ‘Police’, ‘Court’ etc. like I do,
https://aus911truth.blogspot.com/search?q=my+battle+against
and if you don’t have time nor courage to do so, be 100% sure to say the two sets of Secret,