As usual, it’s SO OBVIOUS that N.Z. Christchurch shooting was a FALSE FLAG - Donald Trump talked about 49 Muslim Shot to Death in 2016!!

Before anything else, I’ve got to emphasize that New Zealand ‘Government’ is also a COMPANY, 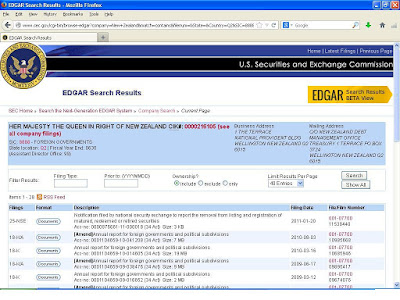 That itself is enough for me to say that it was a FALSE FLAG cause it means
EVERYTHING UNDER IT is also a COMPANY such as Police, Court and so forth just like in Australia as I have proven through my battle over the years.
https://aus911truth.blogspot.com/search?q=my+battle+against


I don’t know if there was anybody who really seriously got shot and died or all of them were Crisis Actors as we saw in FALSE FLAG like that Boston bombng farce, Sandy Hook drama or Melbourne CBD operations (the last ones, to promote mental illness and their POISONOUS medication and more, but this is definitely staged.

cf.
Boston Marathon bombing is yet another inside job!
http://aus911truth.blogspot.com/2013/04/boston-marathon-bombing-is-yet-another.html
*You can do the search within the blog (top left) for the rest / related articles.

Above YouTube channel showed me this to confirm my take,


Notice Trump showing that 6 6 6 finger sign when he says “tough” and “vigilant”, the same sign that he showed at their fancy dinner… 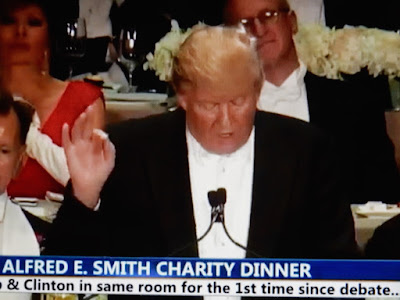 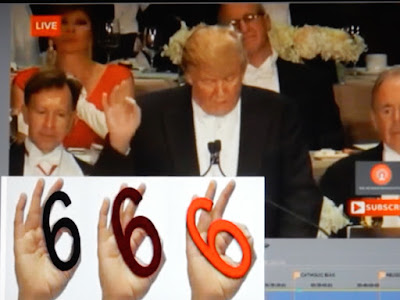 As this NowThis guy wrote, that story was a baloney according to Wikipedia,

Towards the end of

the claim made by Donald Trump during his presidential campaign in February 2016 that Pershing executed 49 "Muslim terrorists" with bullets dipped in pig's blood, then let the 50th go free to spread the word about the religious atrocity, which Trump alluded to again while serving as president in August 2017, has been repeatedly debunked by historians, who find no evidence that such an incident occurred.[38][39][40][Notes 2]

I even suspect if people back then (WWI era) actually ever used the term ‘terrorist’ like Bush, Cheney, Rumsfeld, Rice et al kept shouting.

Then I did a bit of search to see if there’s anybody else claiming that it was a FALSE FLAG and found this on NEWSWEEK, 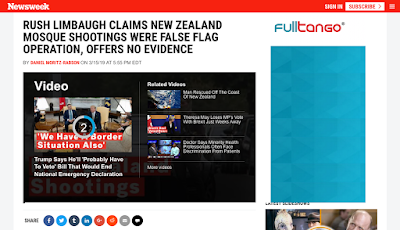 Doesn’t have anything convincing as the writer says, and as expected, they are encouraging their readers to NOT BUY such ‘conspiracy theories”.
It’s laughable.

I guess I don’t mind agreeing with some but not sure about that ‘Mossad did it’ bit.
Cause it sounds like that claim of “Israel did 9/11” which is not accurate because,

So, that post could have been an effort to divert people’s attention to Israel as a main culprit though they might have something to do with it. And I’m not that sure about above YT channel cause how could he point out Trump’s ’prophecy’ on the day of Christchurch FALSE FLAG!??

Just like the main shooter Brenton Tarrant who kept posting what he was going to do and the actual shooting live-stream (which I never saw) i.e. he prepared this very well, this NowThis guy must have been ready to post that Trump speech video. What a coincidence, right!??

Anyhow, we need more to wake up and fight back against these TRAITORS like I do, and if you don’t have time nor courage to do so, be 100% sure to say the two sets of Secret,

cf,
It’s really LAUGHABLE, this Christchurch FALSE FLAG!! No wonder why the TRAITORS want to ban sharing images from the day https://aus911truth.blogspot.com/2019/03/its-really-laughable-this-christchurch.html
Traitors in N.Z. Succeeded to Achieve their Goal (at least, one of them) in Only 72 Hours!! using that Christchurch Mosque FALSE FLAG https://aus911truth.blogspot.com/2019/03/traitors-in-nz-succeeded-to-achieve.html