Told you, EVERYTHING is a COMPANY - International NPO, Cochrane Collaboration is no exception BUT more doctors are waking up!! ;O)

I found on aircrap.org but the original is here, 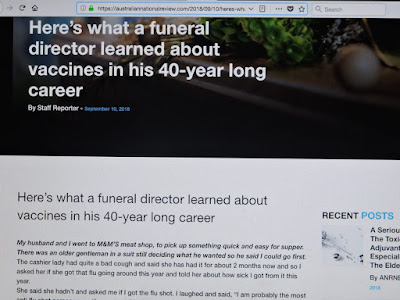 Here’s what a funeral director learned about vaccines in his 40-year long career
By Staff Reporter - September 10, 2018
https://australiannationalreview.com/2018/09/10/heres-what-a-funeral-director-learned-about-vaccines-in-his-40-year-long-career/

If you STILL believe in vaccines, you should have a read.
And talking about vaccines, I have written many articles on HPV vaccines especially on my JP blog, and now came to know about this. 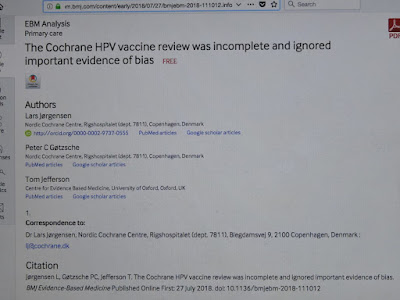 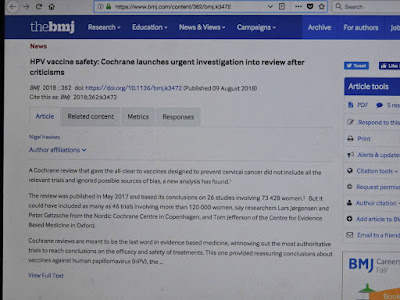 A group of experts in Nordic Cochrane Center found flaws in Cochrane’s review that said HPVV is safe. 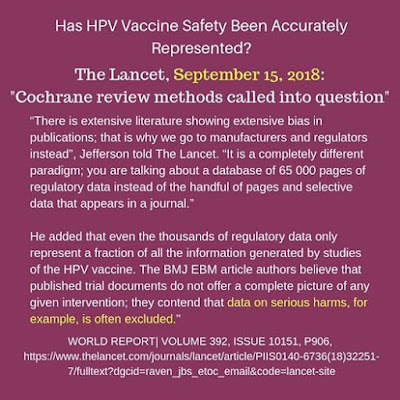 Then, one of the authors of that paper Peter Gøtzsche who was the Director of the Nordic Cochrane Center got kicked out and four of his supporters who are (were) also the board members; Gerald Gartlehner, David Hammerstein, Joerg Meerpohl, and Nancy Santesso subsequently resigned Cochrane Collaboration.

Why We Resigned
https://austria.cochrane.org/news/why-we-resigned
*They DELETED IT!! 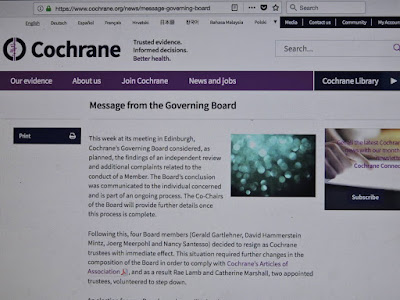 Message from the Governing Board
https://www.cochrane.org/news/message-governing-board 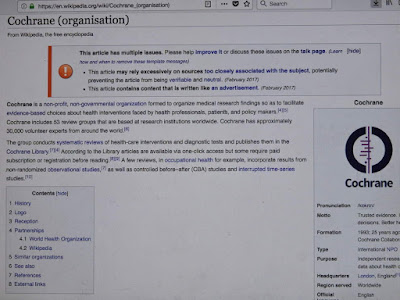 It says ”Cochrane is a non-profit, non-governmental organization…” also “Type” on the right says International NPO and it started in 1993 as ”Cochrane Collaboration”.

It says it’s located in London, UK so I looked for the precise address, 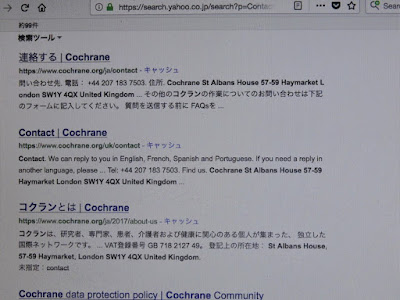 And did a Company Search on DnB.com with that address,
St Albans House 57-59 Haymarket London SW1Y 4QX United Kingdom
and VOILA!! 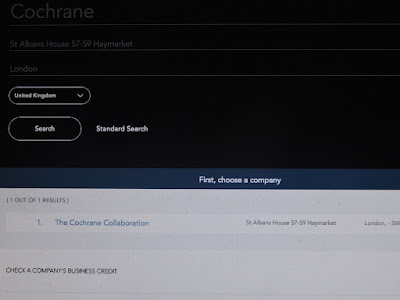 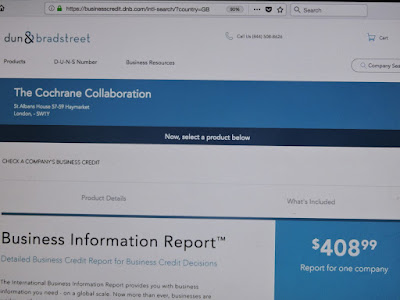 See!? Everything is a COMPANY just like all our so-called Governments and they are simply working for their evil shareholders, therefore justice, safety, fairness, and so forth are all discarded and long gone!!

In the meantime, I had a nice surprise when I opened the official site of this Dr. Peter Gøtzsche. Look at the title!! 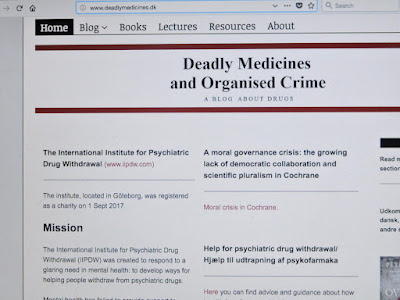 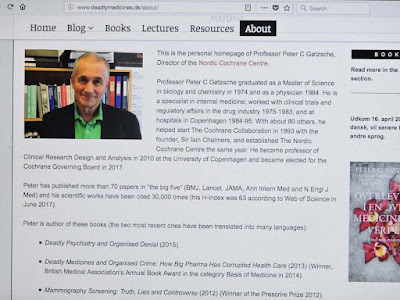 Yes, this Prof. Gøtzsche must be very awake!! :O)
i.e. NO WONDER why he got kicked out.
And it had the link to

Yes, it’s about time!! though it doesn’t seem that he and his peers found the connection between so-called ‘mental illness’ and Heavy Metal Tonxins.

Anyway, we can see more doctors are waking up from his Twitter,

Prof. Peter Gøtzsche @PGtzsche1 Aug 20
Ray Moynihan, at the Too Much Medicine conference last week in Helsinki: New England Journal of Medicalisation. What an appropriate name change for NEJM!
https://twitter.com/PGtzsche1/status/1031785095680716800

Prof. Peter Gøtzsche @PGtzsche1 Aug 20
Joke presented in Helsinki, at the Too Much Medicine meeting last week: I thought you had an interesting personality but now I know that you have a personality disorder. #psychiatry #overdiagnosis
https://twitter.com/PGtzsche1/status/1031792082917224448

Prof. Peter Gøtzsche @PGtzsche1 May 6
Usage of depression pills almost halved among children in Denmark despite opposition from Lundbeck, other drug companies, and professors of psychiatry who erroneously claim that the pills do not cause suicide but protect against suicide. https://bit.ly/2HVPXXr #psychiatry
https://twitter.com/PGtzsche1/status/993064620901519360

It seems he has stopped tweeting, most likely due to above fuss, I assume
https://twitter.com/PGtzsche1 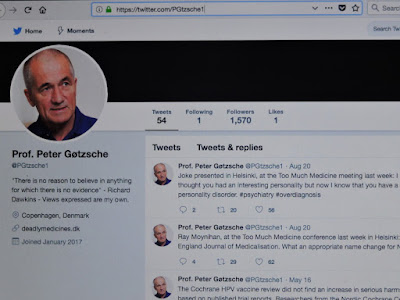 cause THAT applies with our FAKE Governments and their bodies, too!!

That’s why I’ve been telling you that we have to stop BELIEVING them/their words cause they are a bunch of traitorous fraudulent criminals!! and the names that they use, not only for themselves but other things like various NEWLY CREATED illnesses by their poison they’ve been feeding us. And everybody should fight back like I do.

And if you don’t have time or that courage (though I never thought that I am “courageous” cause I’ve been simply doing what we have to do, while many told me I am), please say the Secret. I actually added a few words before the regular one as follows,

and then, the usual phrase, I mean say both everyday with real emotion of joy and gratitude,

and tell others to join in, in order to recover our world!!