Killing a boy and walk free vs. no collision but 9 months in jail 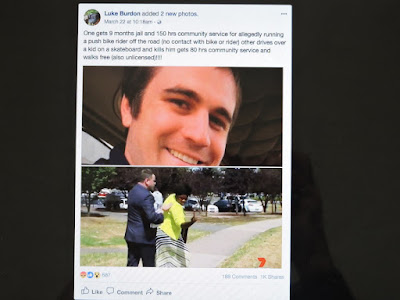 Well, I found some articles and videos on the latter. 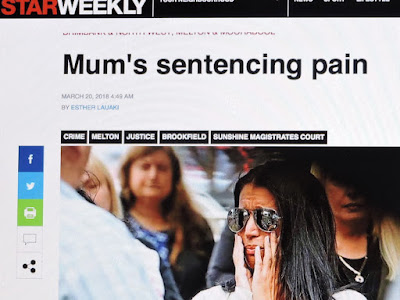 Violent scenes as families clash outside court after an unlicensed driver who hit and killed a 13-year-old boy gets just 80 HOURS of community service instead of jail
http://www.dailymail.co.uk/news/article-5494347/Unlicensed-driver-killed-teenage-boy-escapes-prison-sentence.html 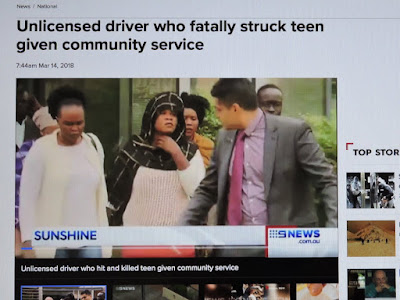 
African woman hit and killed a boy in her four wheel drive
https://www.youtube.com/watch?v=vWVWM7rRnMU


The mainstream media was very vocal about that case, kindly showing some fanatics from a group named “True Blue Crew” (I think it was) and another guy who was speaking out is from “Protect Victoria” 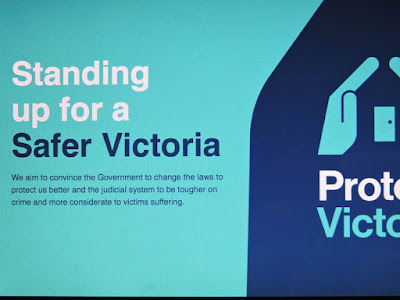 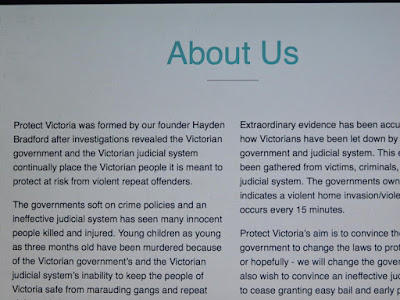 but I’m not that sure. Why aren’t they telling people about the huge fraud of Governments are Companies but wanting YOU to join?
Well, I won’t.

To be honest, I’m not even sure if this accident actually took place.
You see, they can create any story with lots of Crisis Actors nowadays.

But if it was real, I am very sorry for Jalal the boy who got killed and his mother. She had a video of someone walking across the road where this African woman hit him to die on her FB page titled “Justice for Jalal”.

And please notice that this woman was NEVER CHARGED for what she’s done to this boy but got eighty hours of community service for “unlicensed driving, as well as unrelated unlawful assault and criminal damage offences” issues. What does that mean?? What had she done apart from this accident?? She could be messed up with Heavy Metal Toxins and/or other toxins in her brain and yet, was never charged for taking a teenager’s life????? It just doesn’t make sense at all.

On the other hand, I couldn’t find any news on big news corporations pages about the truck driver but this, from a search results 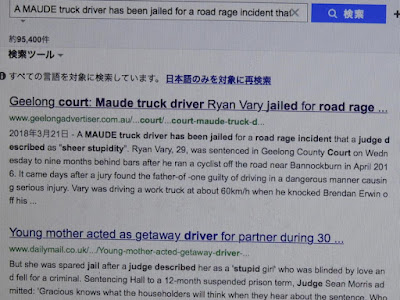 and that’s one of those where you have to become a member and pay some money to read the article. If any of you got that paper, please let me read it. And I checked about this paper, 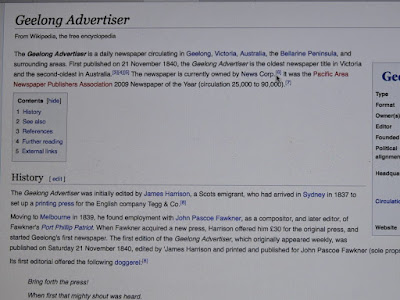 VOILA!!
Do you see that The newspaper is currently owned by News Corp!?
That’s MURDOCH = Illuminati!! No wonder why it made this driver seem to be so evil (from the look of above search results).

And it was Geelong’s County Court the COMPANY it was heard. 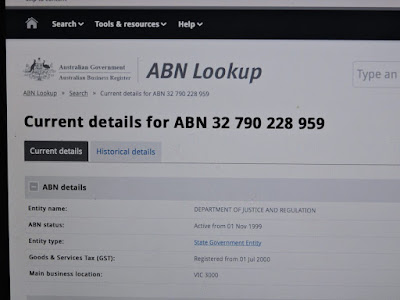 https://abr.business.gov.au/SearchByAbn.aspx?abn=32790228959
“County Court” is listed there, under the BUSINESS number of Dept of Justice And as shown, just below “Trading name(s)” it says: 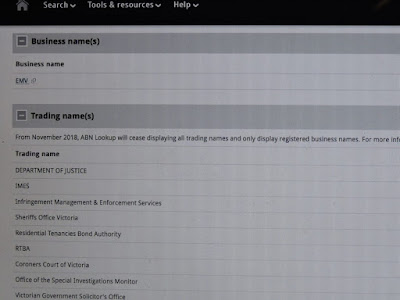 So they’re going to hide each one of the traitors.
If any of you thinking about fighting back like I do, open above page and save it as a pdf file, or make several sets of print out.

Since the last post, I found out that the Victoria Police the COMPANY did nothing for 264 days or so after the accident, and the prosecution came to Ryan like out of blue, and there were two bicyclists there and one of them fell due to the wind the truck created, scratched his face and damaged one of his eyes. And yet, I’d say it was an accident and never a “road rage” as the paper described.

Look at that,
Vary was driving a work truck at about 60km/h
(end quote)

It says “he Brendan Erwin off…
but Ryan’s truck never touched or collided with him.

Here I am a veteran bicycle rider.
Well, not much nowadays but i rode my bike everywhere in Tokyo, actually I commuted to work on my bike in one of the biggest and busiest cities in the world, and I rode up and down in Manhattan, New York as well. On regular roads, the cars would go around 60km/h and when I went on a bike trip, I went along with cars, trucks etc which were going at/over 80km/h. Also I put my child on the back of my bike and went on the freeway here in Victoria where they’d pass us by at 110km/h. And yet you know what?
I never fell.
No wind ever knocked me off my bike at all in all these years.

So, we’ve gotta question why this bicyclist fell while the other one didn’t.
That’s why I strongly suspect that he was not holding his handlebar well or not balancing himself well to begin with.

I was thinking about writing to the Geelong Advertizer’s “Letter to the Editor” page (if it exists) but when I found out that it belongs to Murdoch, I’m pretty sure they’ll never print it. So instead, I want you to tell others about this when my mate who knows Ryan personally told me that he is not a man who would act in rage and I see lies in this story - no wonder when our seeming authorities are actually all criminals, innocent people have to go to jail to please Israelis who run our prisons..

And this is EXACTLY what I saw a few days ago, 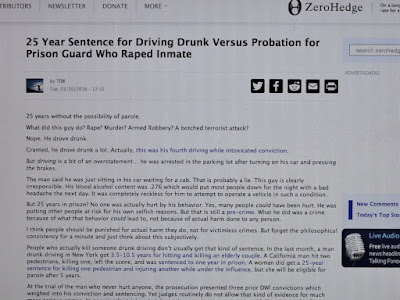 ABSOLUTE injustice and that’s done by the traitorous criminals of Governments are Companies fraud as usual.

I heard there is going to be a fundraising event in Ballan, Victoria in 2 weeks time to help Ryan’s wife and their baby daughter. So I’d like you to keep an eye out, and attend it and tell the participants about this shocking fraud of Governments are Companies, so that we will have more people who face our ugly reality, stop giving the criminals our power (money and vote), destroy this fraudulent system called ‘Government’ entirely, to stop all their crimes and regain a real fair, peaceful and sane world.

As I wrote before, even if we decide to maintain some part of the system called ‘Government’, we should never give our power (especially, vote) to anybody else.
Each one of us has got to carry the political power and responsibility and never allow anyone to use and abuse it that they steal from us.

And as usual, say the Secret with real emotion of joy and gratitude,