I already showed you,


And though some of you could have seen these already, I’ll put a few more up here. They tell you what I’ve found myself through some years of investigation.

Death by Medicine - a film by Gary Null
https://www.youtube.com/watch?v=RwCUDCQMLwY


I’d like to add this one that I watched years ago,

G. Edward Griffin - A World Without Cancer - The Story Of Vitamin B17
https://www.youtube.com/watch?v=JGsSEqsGLWM


Since I had this knowledge, when an HPV vaccines victim’s mother asked me about her mother who was dying from cancer that ‘came back’ which was actually NEWLY CREATED by anti-cancer medication she took before, and I told her this and sent her some apricot kernels. And they deleted her cancer!! even though the doctor told her that she’d die in five months. He did a blood test after a few months of her eating the kernels, and could not find any cancer cell at all, and he was puzzled. Her family told him that she ate apricot kernels, but he totally ignored that.

That’s obviously because the doctors of Modern Medicine are NOT educated and informed about the REAL CURE but brainwashed to ignore the CAUSE and sell poison, called medicine and/or treatment.

Anyway, when our traitorous fraudulent criminals in the Company calling themselves ‘Government’ is again promoting Euthanasia, 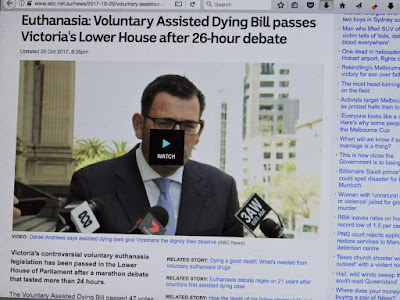 And as I wrote before:

Dr. Niwa who woke up to the lie of his occupation after he lost his son to leukemia, or rather the treatment = poison, clearly stated, while he had many patients with cancer, that he never wrote “cancer” in the “Cause of Death” bracket in their Death Certificates. That means, you cannot die from cancer!!
http://aus911truth.blogspot.com/2017/10/youve-gotta-connect-dots-to-see-entire.html

cancer is NOT a deadly/terminal illness but patients have been killed by the poison medicine/treatment!! On top, Dr. Kikuo Chishima observed cancer cells turning back to healthy red cells through microscope!! 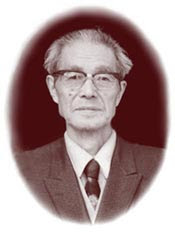 REVOLUTION OF BIOLOGY & MEDICAL SCIENCE A NEW THEORY ON THE LIFE SCIENCE AND ITS PRACTICAL APPLICATION TO HEALTH & DISEASE
http://home.iae.nl/users/lightnet/world/transmutation3.htm

He wrote a thesis on his findings but the so-called authority put it on the shelf, and since they could NOT deny it, they simply buried it because what he found would turn everything around in this ‘modern medicine’ business fraud!!

So, when you take these various facts into consideration, we’ve got to question how many people actually want to kill themselves!? i.e. it’s just a scheme for them to kill what they call 'useless eaters'!! :O(

Another one from Gary Null, stating the same thing I have found after investigating that evil HPV vaccine, i.e. they (vaccinations) are there to kill a few, and injure many to make them go back to them, doctors to buy more poison! It is obvious when we think about the huge increase of very weird diseases (or symptoms) that we never heard before and the number of vaccines, the increase, that they’ve been selling to our children.

I mean, when I was small, I never heard about hay fever at all!! But right after I had a flu shot under the advice of my then GP, I got that as well as CFS (chronic fatigue). NO WONDER because I was swindled and POISONED.


You can read this one too,

ARE MOST DISEASES CAUSED BY THE MEDICAL SYSTEM?
By Walter Last
http://www.health-science-spirit.com/medicaldisease.html

Watch this trio videos, that just came out.
I’m really glad that they captured Prof. Duesberg and another doctor clearly stating that HPV is NOT the cause of cervical cancer. That’s what I’ve been insisting for years!! :O(

Sacrificial Virgins: Part I - Not for the greater good
https://www.youtube.com/watch?v=KAzcMHaBvLs


Sacrificial Virgins: Part III - A penny for your pain
https://www.youtube.com/watch?v=-FvYtPVgwMA

And did you know that there was a very interesting lecture back in 1969,

New Order of the Barbarians
The Revelations of Dr. Richard Day
Introduction
https://drrichardday.wordpress.com/introduction/


I have a feeling this insider Dr. Day might have had a bit of conscience and had this urge to reveal their evil plan in advance. We never know why he told them their plan for their NWO, but this is another confirmation that evil conspiracy DOES exist.

On vaccine fraud, I just got the link to this article, please have a read.
You’ve got to be very alert what your child/ren getting taught at schools.

Children are Being Educated in School to Obey the Government’s Vaccination Agenda
https://vactruth.com/2017/11/10/vaccine-lessons-in-school/

And as usual, please join me in the battle against the traitors.
If you don’t have enough courage, say below everyday as many times as possible.

and spread above facts far and wide!!