London Subway False Flag 15SEP17 - How can 18 to 29 people get injured when the bucket itself is still intact!???

On top of quite a few 9/11 documentaries, I found this fairly recently

which displays the criminals’ motive/excuse to carry out that horrendous atrocity.
Anyhow, here we’ve got basically the same thing in much smaller scale from London. I found this short on YouTube,

which is not that clear to show what he’s saying, but that might mean that he saw it in a search result one day before. At any rate, the date is like

Also, the media told us that IS has claimed the responsibility, and that is another evidence of a false flag cause IS/ISIS was created by MI6, CIA etc to replace that Al Qaida after they repeatedly used it to have more wars and waste money on weapons etc for their gain. Here are some images I got from a video Daily Mail had on their page, 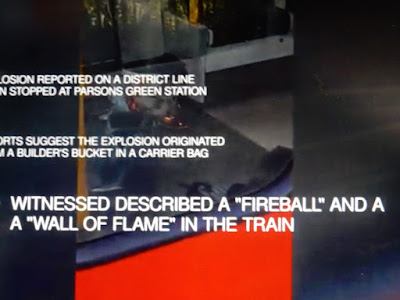 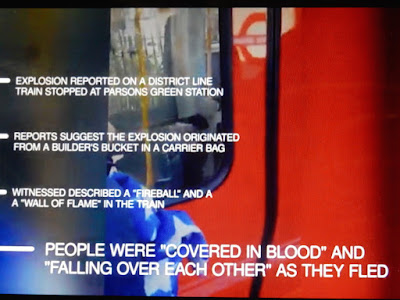 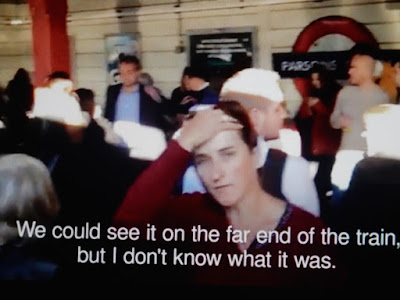 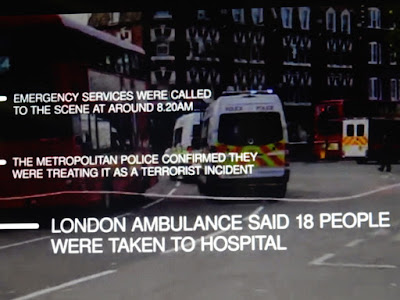 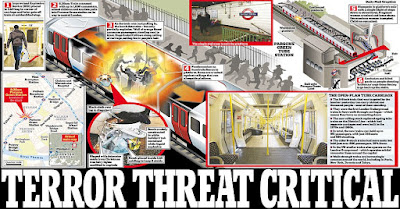 Yet, the bucket bomb didn’t explode 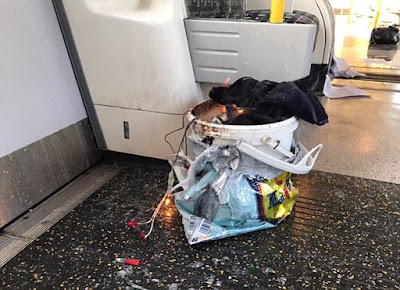 Still remains its shape and the outer surface is pretty clean… 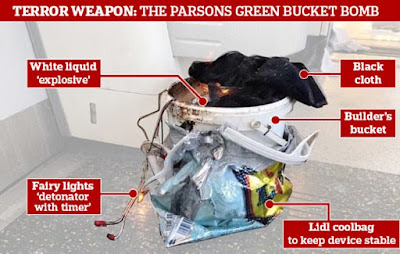 Yeah, the bucket didn’t even break at all 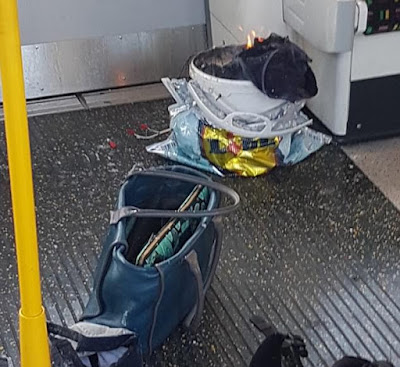 Notice the side of the seat is also very clean, not burned, no singe, nothing and yet, how can it injure 18 to 29 people!???

Using the COMMON SENSE, everybody should question and realize they are definitely LYING as usual, but the flood of lies from media is succeeding to mislead the world sadly. 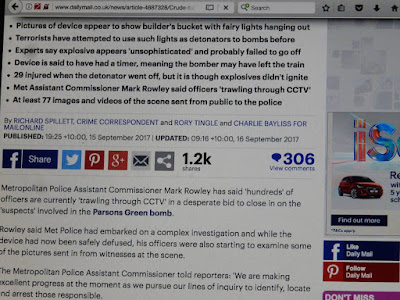 Scotland Yard say they're 'chasing down suspects' after public send them dozens of photos of the 'crude' bucket bomb that could have killed dozens but FAILED to detonate
http://www.dailymail.co.uk/news/article-4887328/Crude-tube-bomb-failed-significantly-experts-say.html 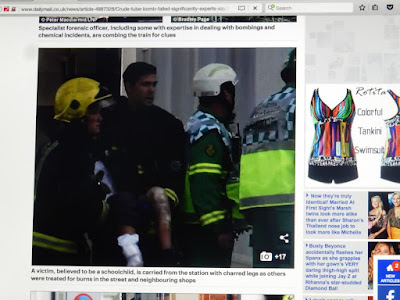 but when the bucket itself is NOT BROKEN at all, 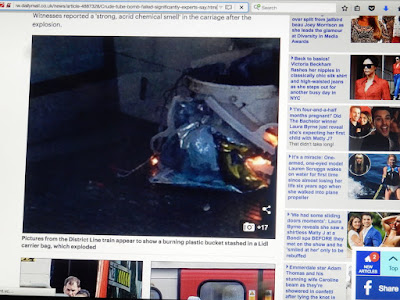 how can it injure so many!???
Then I found something that could be one of their excuses 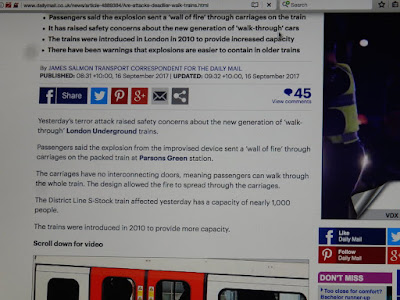 Are attacks deadlier on 'walk-through' trains? How Parsons Green blast ripped through packed carriages with no interconnecting doors
http://www.dailymail.co.uk/news/article-4889384/Are-attacks-deadlier-walk-trains.html

As the image I put above and again here,

as the image at the bottom right shows, they introduced this open plan in 2010 that would help people like girls taking the train late at night and if they see some weirdo, they can move to another car when in the past, there were doors in between cars and all locked.

Now using this false flag, they might waste more money of the tax payers to go backwards.

Talking about wasting tax money, on the same page I saw the video ads of ‘Victoria Police’ the COMPANY, 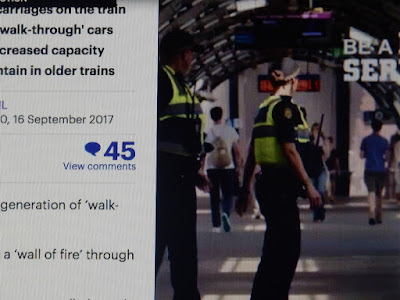 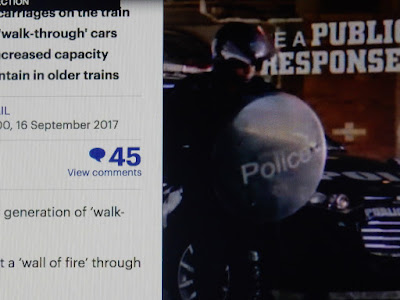 which means that they are wasting our money to put an ad, in order to increase the number of tax robbers

Also I found that they are using soldiers,

PM warns a second attack ‘may be imminent’ and raises terror threat to highest level after ISIS claimed jihadi cell planted the crude Tube bomb which could have killed dozens on the Tube
http://www.dailymail.co.uk/news/article-4889860/May-raises-level-critical-ISIS-claim-Tube-attack.html

and that was what they made possible when they carried out another false flag at Ariana Grande concert, do you remember? 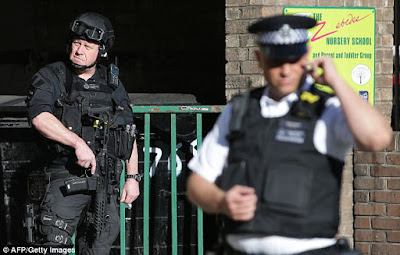 And look at these ‘specialists’ 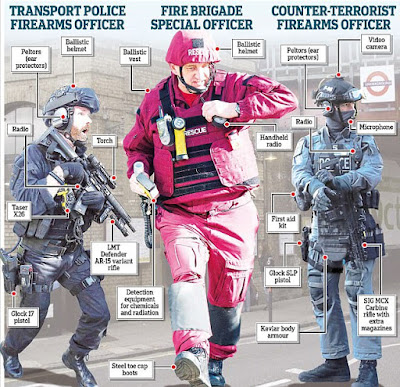 The protectors: Officers from three specialist units who descended on Parsons Green after Tube blast are unveiled as the new face of anti-terrorism
http://www.dailymail.co.uk/news/article-4889366/Officers-3-units-unveiled-new-face-anti-terror.html

and think HOW MUCH those munitions and equipments COST. I bet they’ll be handy for them to control innocent citizens when their super lunatic NWO is to be realized fully in the near future.

Well, if you want to stop that, fight back against these traitorous fraudulent criminals!! or at least say below everyday as many times as possible