Barcelona TERROR is yet another FALSE FLAG OPERATION. No blood!? and False flag CODE 7 is everywhere

I heard the news, and searched on YouTube and found this one, 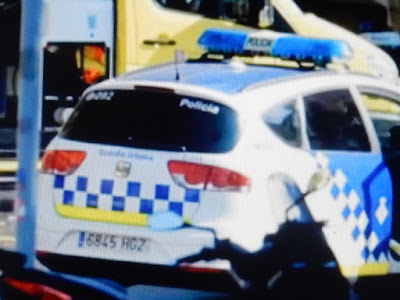 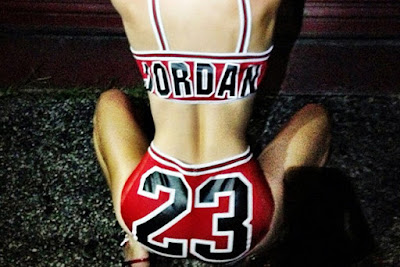 It’s Miley Cyrus above, I saw somewhere on the internet. 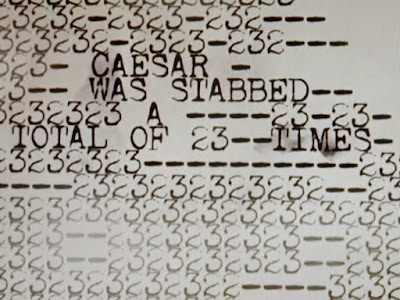 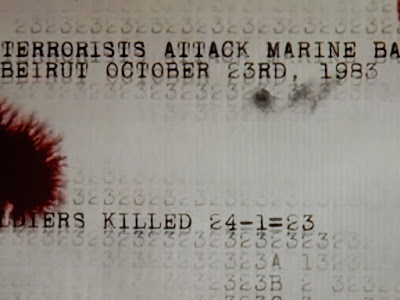 Seems he overlooked it but the “092” on top left is, of course 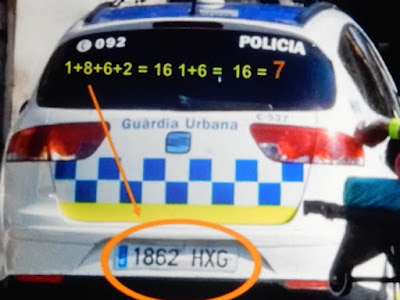 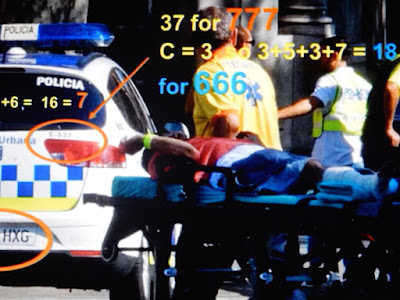 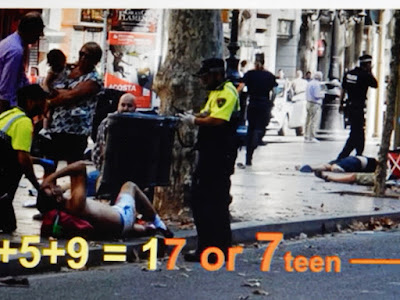 NO BLOOD!??
And the figure of the bike, 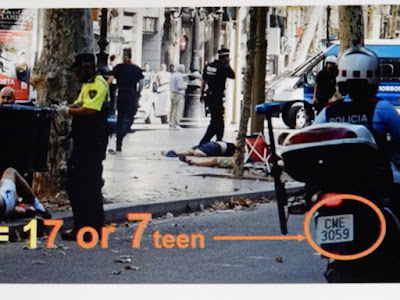 
In that news report, I was flabbergasted to read, 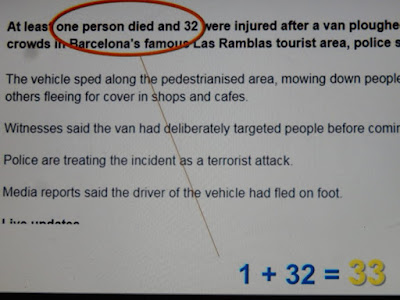 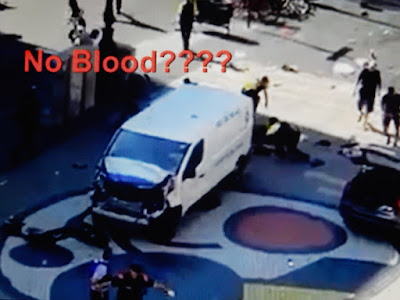 Saw an article on Japanese Yahoo!

and I see they can write whatever they want to use and abuse people’s emotion, but seeing the titles of related articles, I find 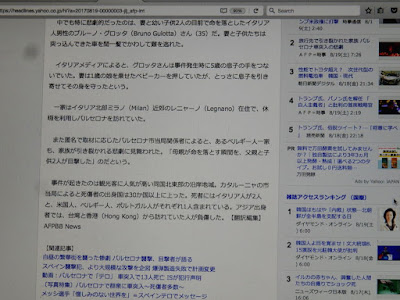 13 died / IS has claimed responsibility
and that’s just another confession to say that this is a false flag.

I remember seeing “7” in that Melbourne CBD rampage False Flag Operation though I might have not mentioned it in my articles.

BTW, in the route that the culprit was supposed to have taken in Melbourne 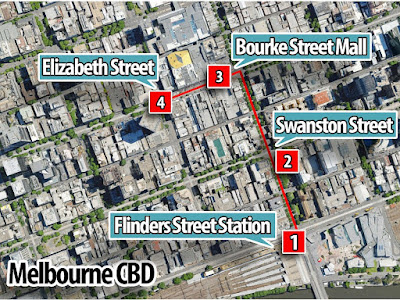 near the corner of #3 on the map, they placed these ugly looking concrete blocks, wasting people’s money and distracting pedestrians 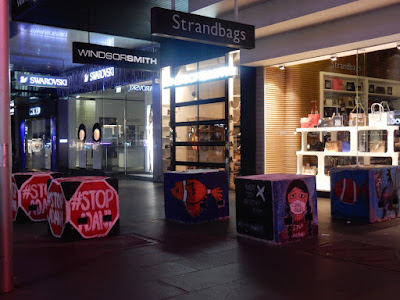 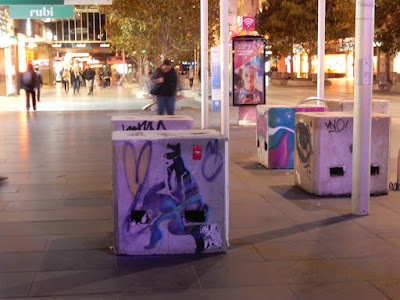 Also I heard that Victoria Police the Company was recruiting more FAKE officers = COMPANY employees, and I saw quite a few of them walking in 5 or 6, bullying citizens on the night I took above photos. Wasting more money of ours and strengthening their FAKE police force for evil doers.

Talking about the code “7”, I once saw this allegation video

Oh my, they deleted it!!
That could mean that the video’s allegation was true.

Of that case, I also watched

Truth and Lies~The Menendez Brothers
Not the same channel’s video I guess but seems the same video below
https://www.youtube.com/watch?v=aNHoyA2nX0Q


The story was new to me, but weird thing is that I had a feeling that I saw the face of the ‘murdered’ father and the ‘second son’ before, also I felt I was watching a movie. I haven’t examined any further so I can’t say either way, but I bet they can make up any story and make us believe anyway. Using and abusing our emotion, stealing more money, taking away our freedom and rights further, and promoting their agenda, their solution.

But now is seriously the time that we’ve gotta fight back, but if you don’t have the courage to do like I do, please say below everyday as many times as possible .

and spread far and wide, at least!!