Traitors are very good at wasting our money ~ Closer and closer to the totally controlled Police State ~ Whatever happened to Scott Bartle!?

I have noticed that there are lots of road works going on in/around Melbourne, and then found this article,

Guess many people would agree with this FAKE Government’s decision to have such a major change “for the future” but I wonder about the cost as I am fully aware that these traitorous fraudulent criminals in Companies calling themselves ‘Government’, ‘Court’, ‘Police’ and so forth are very good at spending and wasting our money more and more on top of stealing huge sum from us every day.

And only if those people in St. Kilda Road area who are opposing this project knew that so-called ‘Government’ is just a Company and deceiving the nation, they could tell them that the latter has NO AUTHORITY to cut those trees etc… unless they/most of them are just performing a drama as usual for degasification purposes.

Also last night, somebody told me that these criminals buried censors underneath the parking area in the middle of the roads in Melbourne CBD so that they can check how many hours your car was parked, instead of those FAKE ‘authorized officers’ or whatever they’re called going around to check the time. I’m not sure if it’s true, but I wouldn’t be surprised. That way, they might have reduced the money they are to pay to those FAKE officers, but some company which make those censors made a profit, and that’s more jobs for humans lost.

Talking about censors, did you see these below? 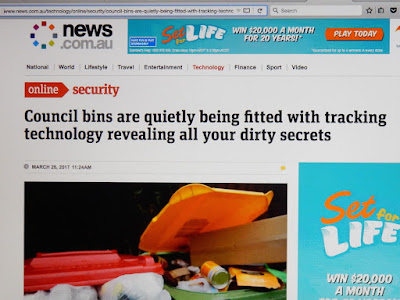 Council bins are quietly being fitted with tracking technology revealing all your dirty secrets
http://www.news.com.au/technology/online/security/council-bins-are-quietly-being-fitted-with-tracking-technology-revealing-all-your-dirty-secrets/news-story/7a607ba9800ac7439bfcba50f532ac51

Someone told me that it’s already there for us in Victoria even though the bins don’t look like those in this article. And, using their “terrorist” stories, 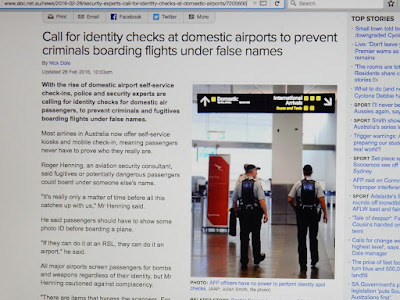 Some idiots might think “Oh, cool! It’s like in the Scifi movies!” but this means they are treating us as if we are criminals when THEY ARE THE ONES, 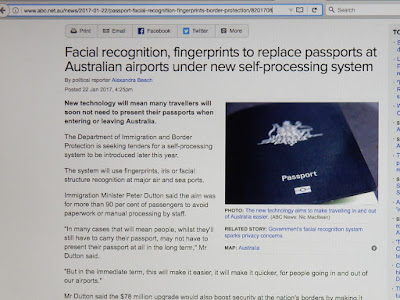 At least ABC had this article but from December 2015, and I wonder if anyone paying serious attention to this matter nowadays… 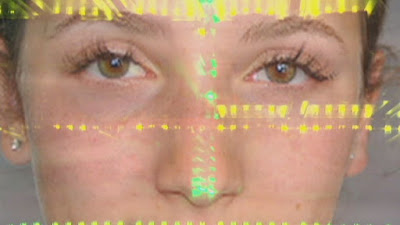 Or, all into oblivion??
Notice the beginning of above article tells us HOW MUCH they’re going to waste people’s money to make some of their mates richer and steal our privacy for good,

The Government is planning to spend $18.5 million setting up the National Facial Biometric Matching Capability, known as The Capability.
(end quote)

While browsing, I encountered this article from July 2013,

One surveillance camera for every 11 people in Britain, says CCTV survey
http://www.telegraph.co.uk/technology/10172298/One-surveillance-camera-for-every-11-people-in-Britain-says-CCTV-survey.html

I’m sure the situation is similar down here, at least in CBD/town centers.

It is definitely getting worse and worse, to the totally controlled police state as they wish and WE are the ones who can ever stop it though many are deep in coma.

In the meantime, one of those asking me for help in fighting back against the traitors, asked me if I have some pages from Scott Bartle’s site. I hadn’t opened his website for years since he stopped writing me back (emails) and when it meant the site doesn’t have what they did before, I went there to see.

Many of you might have seen these, but after “What the FUQ?”, he apparently made a few more videos,


Above talks about what the video titled “Money as Debt” told me years ago.


And then, Scott says he had a transformation,

and I found these videos below,


OK, I personally believe (when I tell people “Don’t believe in anything but KNOW FACTS”) that there is some truth in spiritual talks, and Scott marrying this woman named Deborah Pietsch or living in the U.S. etc is his choice, but when I saw the site he told us to check out,

Waking up with Deb!
http://wakingupwithdeb.com/ 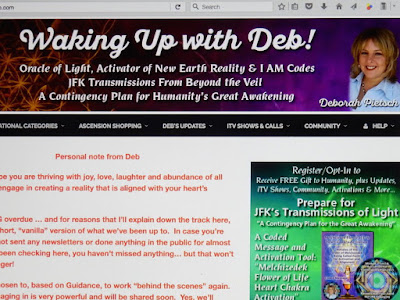 where it talks about Donald Trump, 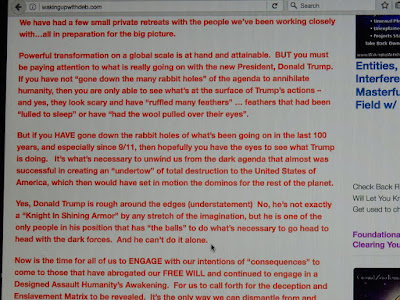 who is a Jesuit, I told you before,

Trump is a Jesuit!!
http://aus911truth.blogspot.com/2016/11/compilation-of-short-videos-for.html

Here, I see the same tactics of “Leave this with us, you don’t have to do anything because it’ll be all OK”, such as Benjamin Fulford telling us that some Chinese mafia can kill all the Illuminati members (if that’s true, why don’t they do it NOW!?) or people in the Pentagon, CIA etc are rising up to have some revolution etc, where I can’t find anywhere but only on his and his mates’ site.

Also I am always skeptical with those who make some good documentary, well designed web sites, and get interviewed by so many including that agent Hereward Fenton who used to work with that agent John Bursill, and so forth. Yes, Scott did a fantastic job of telling us all these fraud, but he actually started with probably the most tough issue related with his car registration and that’s what we were talking about when he stopped writing me back.

Not sure if he was an agent from the beginning or he got derailed along the way, but it is another fact that he was kinda soft to those traitorous criminals. As far as I can remember, he was not telling them that they ARE the criminals in their face like I do.

Anyhow, I’ll end this with a short video I recently watched.
Hope none of my readers are one of them.

Why most people may not wake up! The Sad Truth
https://www.youtube.com/watch?v=CBwfJ7N7Y3M

Industrial Vehicle Parts is a dedicated online parts store run by the team at Warequip Solutions the home of industrial vehicles.
If at any time you need help locating the right part or accessory for your vehicle or navigating our site, we are more than happy to assist you. buy best  Yamaha golf cart parts

Nice Info! If the car has become totally useless the the smart decision is to sell it at the Car removal and earn some amount money on it. Thanks for that information keep sharing more!!!!
Cash For Scrap Cars Brisbane