Fukushima still a BIG problem, KILLING so many and contaminating the world - Remember what happened in Mururoa…

Early this month, to our surprise because they’ve been hiding and manipulating reports related with 3/11, Fukushima radiation etc, the mainstream media (MSM) told us that they estimated the level of radiation at No. 2 reactor in Fukushima Daiichi Nuclear Power Plant which was 530 Sv/hour. Below is from Asahi Newspaper, 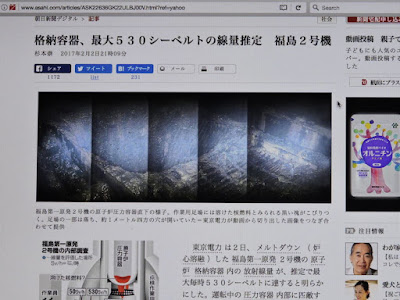 The drawing of the containment vessel, 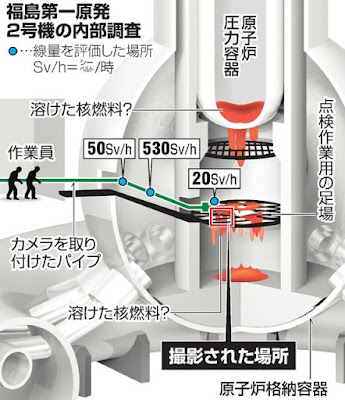 Yellow characters below read
If you approach, you’ll die in less than one minute 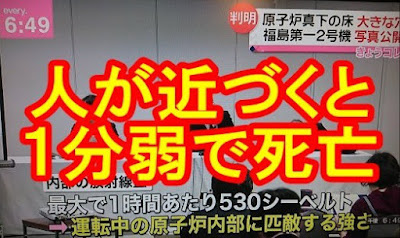 and the bottom yellow letters read “Equivalent to the level of radiation inside a reactor when it’s running and that’s now OUT THERE.

Before 3/11, according to Japanese law, it was OK (though that’s not true to begin with cause any level of radiation is harmful to humans) up to 1mSv/year. So just to give you some idea, I converted 530 Sv/hour to mSv/year, using this site: http://www.nap.st/radiation_exposure_per_time/ 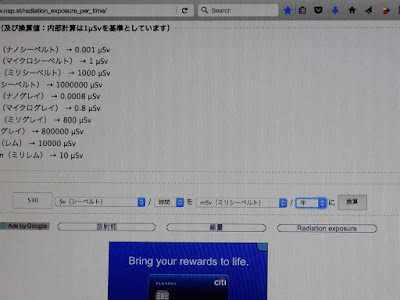 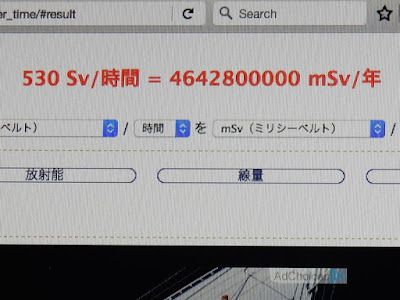 The story didn’t end there. On the 10th, MSM reported that TEPCO found the area in the same No. 2 reactor, where the level was
650 Sv/hour!! 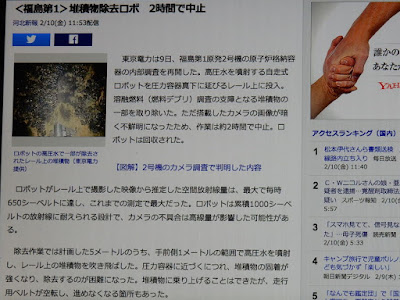 Above report says it’s the level that a human will die in about 30 seconds. They used a robot to clean which endures 1000Sv but it didn’t last more than about 2 hours.

So again, 650 Sv/hour converted to mSv/year, 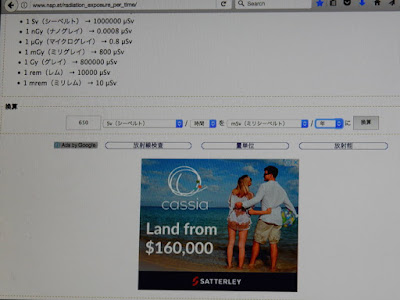 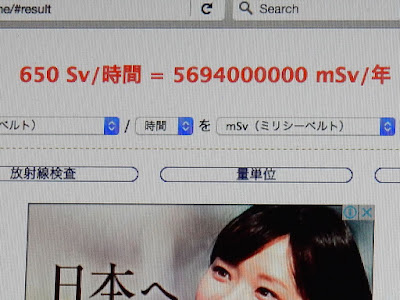 You read it right?… that it means the level as almost 5.7 billion times more than the level they used to tell us “it’s OK” is detected

And that’s No. 2 Reactor which AFAIK, didn’t explode like the others. 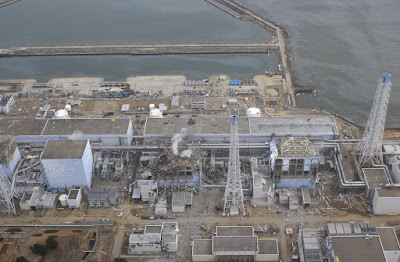 Yet, a bunch of researchers reported in September 2015 that 70 to 100% of the nuclear fuel in No. 2 reactor melted down. 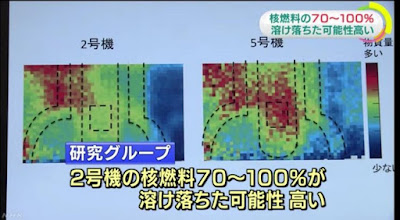 While Abe the traitor lied to the world saying “It’s contained” in order to get the huge money eating Illuminati event called Olympics to Tokyo, 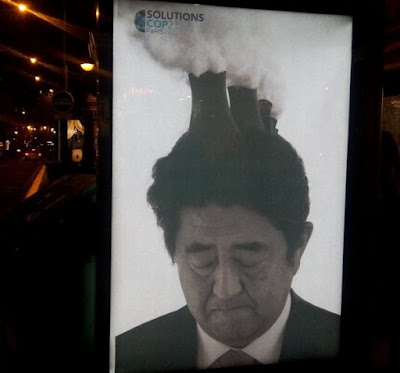 it is a fact that three reactors experienced the melt down. 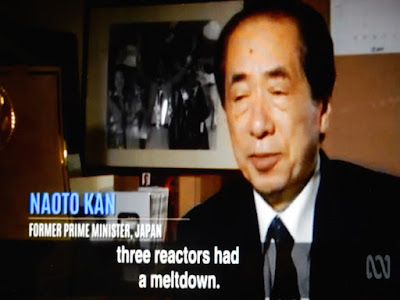 and as Americans knew, and probably they did it by manipulating the weather (remember they manipulate the weather all the time, including the wind), that high level radiation was sent to the east including Tokyo soon after 3/11, 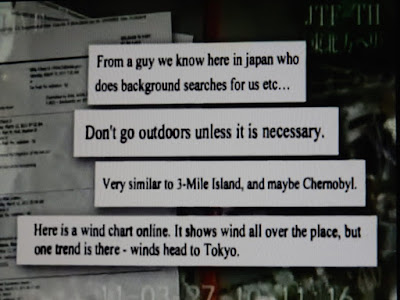 Along with other unforgivable crimes committed by the company calling themselves ‘Government of Japan’, 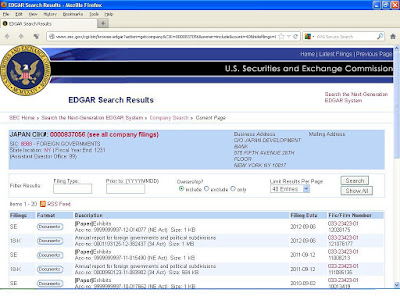 it is no wonder why there are so many people dying all over Japan as I wrote before, and the official data showed it, 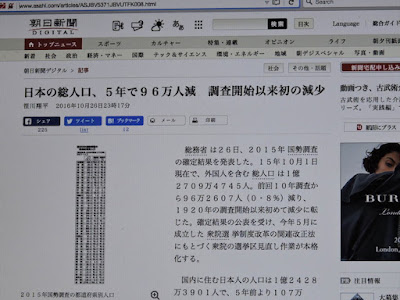 日本の総人口、5年で96万人減 調査開始以来初の減少
October 26, 2016
Entire population of Japan went down by 960,000 in five years. First decline ever since they started collecting data back in 1920… 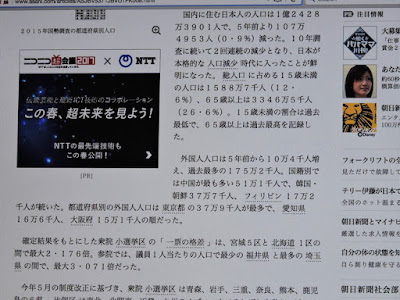 That means
OVER ONE MILLION Japanese disappeared in five years, since 3/11.
That’s why I’ve been warning people, “Don’t go to Japan!!”
And here, I’d like to share a documentary from France…

Talking about French and nuclear, they had that explosion fairly recently, 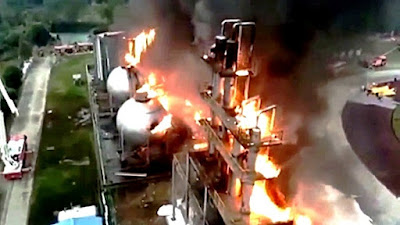 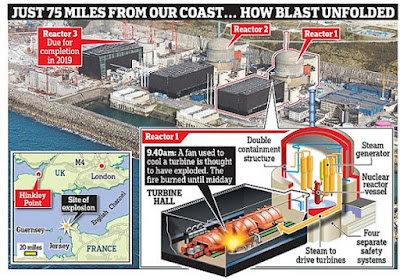 While the FAKE authorities 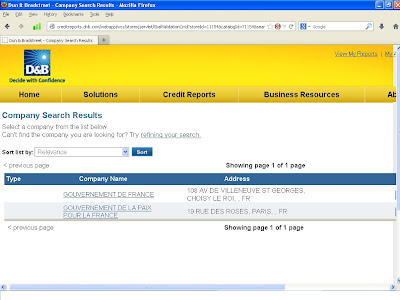 repeat everywhere like a broken record, “It’s safe, it’s safe!” how can we be sure when we cannot see it, smell it, sense it etc unless you have a good detector?

Also, keep it in mind that Australia has stopped checking incoming foods since 2012, a year after 3/11. So we don’t know if what we’re eating can be contaminated with radiation - unlike Taiwan and a few other countries that have banned importing certain foods from Japan.

And that could be one reason why they’ve been causing artificial earthquakes in Taiwan, as harassment.

One more thing that I’d like to emphasize is that it’s not just cancer and leukemia that kill due to radiation. As the chart below by Mr. Imanaka shows,
http://www.rri.kyoto-u.ac.jp/NSRG/Chernobyl/J-Version.html 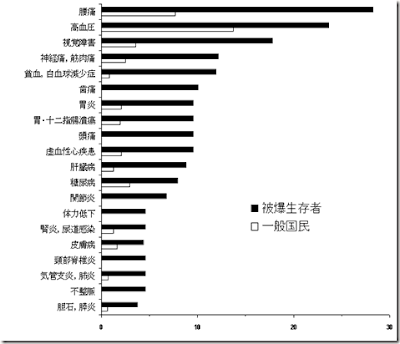 which is the comparison of patients of all kinds of illnesses between Hibakkusha (Black lines, who got contaminated) of Hiroshima and Nagasaki and the rest of Japanese. The list reads:

A doctor from Belarus, Dr. Yury Bandazhevsky has been telling us that there were lots of victims from Chernobyl disaster with heart damage. About a year after 3/11, I wrote an article on my JP blog, about a TV talent who died with cardiac arrest.
http://insidejobjp.blogspot.com/2012/03/51.html
She was only 51. I mentioned about a worker at Fukushima NPP who died there, but I don’t think his death is counted in the toll along with so many others we were never told about.

Then I wrote another one about Donald “Duck” Dunn from “The Blues Brothers” died in a hotel in Tokyo, on May 13, 2012.
http://insidejobjp.blogspot.com/2012/06/blues-brothers.html
He came to have a couple of gigs in Tokyo and was found dead in his bed the morning they were to go back to the U.S. i.e. Sudden death.

I strongly suspected the connection with Fukushima etc radiation with his death because I started hearing other cases of sudden deaths, and it’s been happening as I saw on mainly Twitter because the media would never tell us these incidents right.

As I might have written here, there are so many tweets talking about many of their friends, family members, relatives, colleagues dying or dead, them facing difficulty having a funeral because the venues are all booked up, especially the crematorium, and they would have to wait for a week or so, therefore comes a new business of some hotels turned into hotels for the dead, i.e. they keep corpses while waiting for the crematorium to be available!! Yes, I’m serious. Yet, many Japanese don’t even know these facts.

Anyhow, radiation causes not only cancer, leukemia and DNA abnormality but so many other health problems plus cerebral dysfunction. It is well known that there were issues such as DV after Chernobyl among the workers there, = HEAVY METAL TOXINS messing up their brains!!
http://aus911truth.blogspot.com/2014/05/how-can-i-detox-my-sondaughter-from.html

Along with brain infarction, tumor etc, the brain cannot work properly due to the damage radiation causes, and we see many collapse on streets, ignore red lights, going backwards on roads or on escalator, forget things easily, and so many issues already are seen, and they themselves don’t even know what’s happening to them.

Needless to say, many are being killed with medication and treatment of Modern Medicine after they fell ill, as usual. So, please remember that it’s not just cancer and leukemia. Also people’s immune system’s down, therefore they get sick more easily, and prone to get sick from infection etc which their immune system could have gotten rid of.

And now, traitors are lifting the ban to live close from the NPP and forcing people who got out under evacuation directive, to go back to their home, telling them “it’s safe because we got rid of the contamination.” Remember those bags after bags of ‘contaminated soil’ accumulating, but you can’t eliminate radiation. They just moved it from one place to another, and those bags wouldn’t last for long I’d say. And it’s still leaking big time.

This is a horrific crime of very large scale to say the least.

It is seriously like “On the Beach” of Nevil Shute, and the radiation is gradually coming down by people, goods moving around and by the wind that they’ve been manipulating since 1940’s, 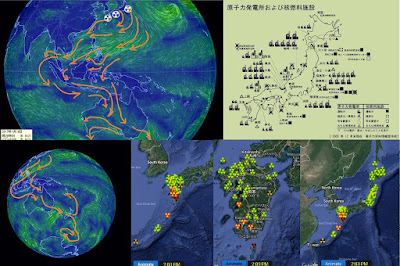 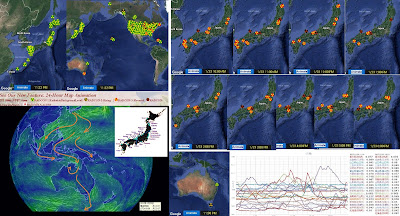 *It took over 40 minutes to upload above images.
Blogger/Google=Murdoch’s harassment. SHAME ON THEM!!

to achieve their goal of under five million 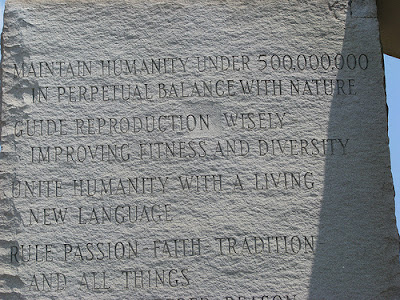 Please share this with everyone you know.
And especially if you know any Japanese living here or staying here, please tell them.

It’s actually like the World War III, already being fought without the majority being aware at all. And we’ve got to stop any move of nuclear promotion in the world ASAP.