Overwhelming super evil plan in place and we don’t have the fund of Bill Gates et al to spread the facts far and wide, quickly enough…

So many information’s around... all the time around us but the majority is just rubbish, and genuine information we vitally need doesn’t get conveyed to others quickly. I’ve been hearing bits and pieces over the years maybe but it seems it took over a couple of years for me to encounter this one by sheer chance, which was probably not a chance but was meant to happen. Yeah, about time for sure. 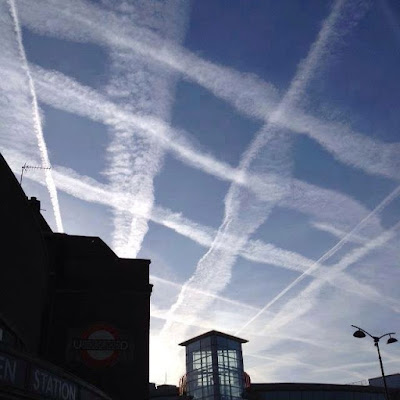 He seems genuine enough and I’m glad that it seems he shares the same view of mine about Julien Assange and Edward Snowden. Yet I’m not 100% sure about the bit where he talks something is ‘alien’. 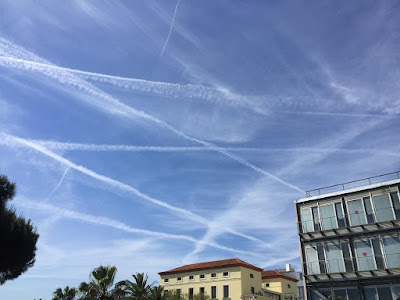 OK, I’m open-minded so it could be true.
However, if aliens have been really behind Illuminati and have been working to conquer the world, I think it must have been a lot easier if they did it so many years or centuries ago. But they didn’t. Therefore, I personally speculate that sort of story is very likely to be a lie, and Illuminati simply waited for their technology to achieve to this level that Harald is explaining in these videos. Therefore, I don’t believe Harald’s story entirely. and I hope you keep that in mind.

Anyway, the majority of the information sounds genuine to me, and I see that talk of ‘ascension’ actually means that we ordinary humans, goym, or commoners are to turn into that spider like weird disgusting creature just like aliens in the movie “Alien” putting their egg into our bodies, using our bodies as their incubator and … you know the rest.

There again, we don’t really know that the picture of this victim drew is really what is there or not. So we seriously need to be very careful to determine what we can believe and what we can’t. And as I always say, we’d better NOT BELIEVE in anything but we NEED TO KNOW FACTS.

And as many of you have, I’ve been watching some of Illuminati movies over the years and I can see they have been displaying their agenda which they’ve been working on, in those movies. Such as “Kingsman” - I recently wrote an article on my JP blog, talking about them, the evil doers in the movie as well as Illuminati in our real world, using mobile that they sold to us (though I don’t have one), driving us crazy and making us kill one another. When I watched it, I thought straight away that they’re planning to do it real life.

While I see quite a few people being aware of fraud such as Governments are Companies, most of them don’t do a thing. I mean in the sense of fighting back. We the people have been so dumbed down and feeling so powerless when they must be able to do many things if they act.

Anyhow, this war the Illuminati’s been planning in the near future would be so one sided, I can imagine especially when the majority is still so deep in coma. 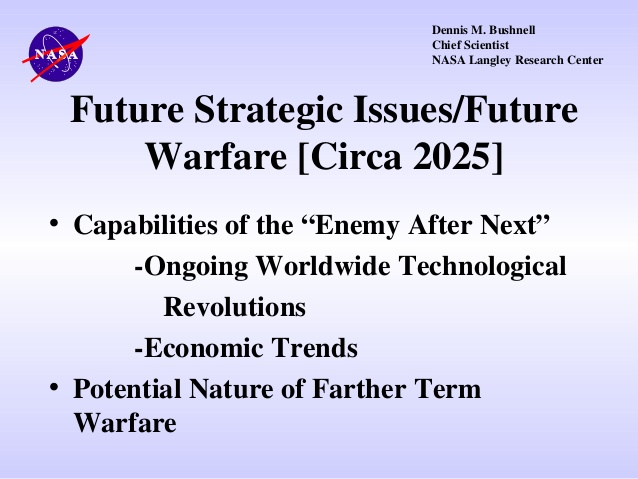 Can we change the tide?
Is there any way out?
I’ll write on that later but now, please watch these videos and think if you want this to happen to us or not.

If not, that’s one more reason why we should fight back in a peaceful manner like I’ve been doing NOW which might be able to wake up some of the insiders, Illuminati’s underlings, in order to topple the entire thing.


It seems there are some pages on the net where you can find the very content of this NASA’s powerpoint. FYI, I found one here. 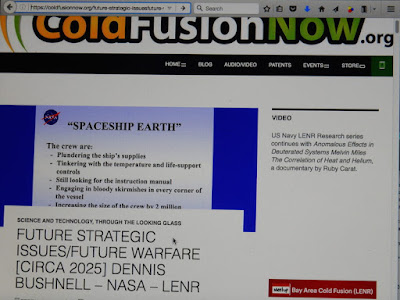 Might as well, one more video with links below.
You can see the power point as pdf here.
And please keep in mind that there are tons of fake Governments’/Illuminati’s agents everywhere.

Another powerpoint presentation from Dennis Bushnell, which includes information in the .pdf copies which has been omitted from the fas.org 'FutureWarfare.ppt' file including the quote that Deborah Tavares questions in her interview.
"Assertion: Based upon what is in the Laboratory NOW, No "Pixie Dust" or Science Fiction"
http://www.ndia.org/Divisions/Divisions/Robotics/Documents/Bushnell.ppt

Weather weapons: the dark world of environmental warfare by T. J. Coles
http://www.lobster-magazine.co.uk/free/lobster62/lob62-weather-wars.pdf
LOTS of links to follow in this pdf