As some of you might have heard, Hillary Clinton collapsed at the 9/11 Memorial Ceremony. I tried to find a video of that very moment without success.
if anyone know such footage, please let me know via Comment below.

Anyhow, ABC happened to report about her death

Joe Torres clearly saying, “We begin with the breaking news about Hillary Clinton’s DEATH” But her doctor says Hillary “has been diagnosed with pneumonia” but things don’t seem that way.

That YouTuber called ABC the following day and was told it was a mistake.
But there was a tweet revealing ABC showed the same claim on the net, 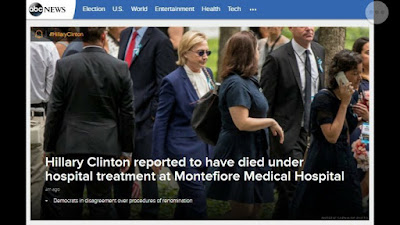 OK, and the image of her taken into a van

Then videos claiming it was due to her Parkinson’s disease…

The sequel to above Gary Franchi report has got Dr. Ted Noel talking

79F = 26C, FYI
Not hot at all though Hillary side says “overheating” was the cause of collapse…

I’ve seen Gary Franchi’s video/s before, like on vaccine fraud and that was good
and yet, I’m not so sure about him. Anyway Hillary has been coughing badly since 2008 or so

She IS sick for sure.
Then reappeared ‘Hillary’ which seems her double

Well, this YouTuber is cautious and says he’s not sure, but her hair looks different 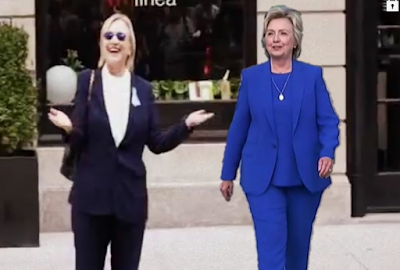 He shows some image from this page and tell us about
Teresa Barnwell, Hillary’s looklalike 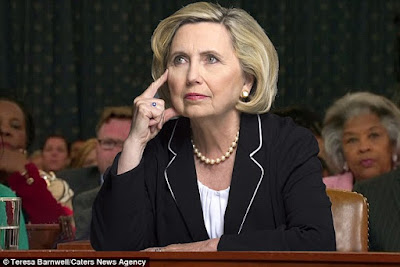 Teresa on the left with Hillary in 1996 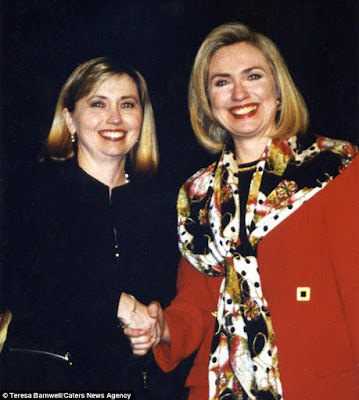 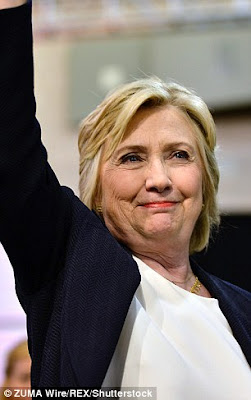 I personally don’t think Teresa was the ‘reappeared Hillary’…
I think that ‘Hillary’ was actually performing the ‘collapsing Hillary into the van’ as well.

This below, I got from someone in the U.S. early this month 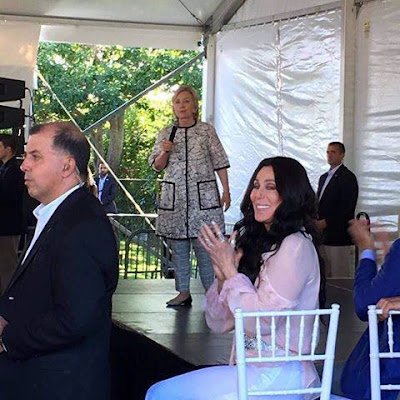 Don’t know the details but it seems she’s having a speech BUT wearing something that you’d put on at home…
I’d like you to take a close look at/after 6:30 of the third video above,
I think that’s the same ‘Hillary’ who reappeared later.

I got this image below from Daily Mail article, I think it was taken before the collapse 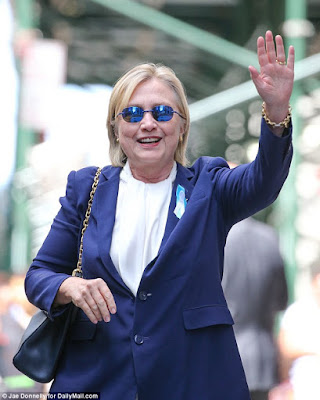 The color of the suit looks a bit lighter here, and the sleeves seems a bit longer with latter ‘Hillary’…

Also it was interesting that the guy of the first video called ABC to check if that news of her DEATH was true or not, i.e. they didn’t tell their viewers about the mistake at all. I believe that’s because it would let more people know about the mistake and they wouldn’t like that, meaning that report was not staged…??

Also, as some of above video might have mentioned, Hillary was not taken to a hospital but went to her daughter Chelsea’s apartment!! And reappeared ‘Hillary’ totally ignores question, “What happened!?” and says things like “It’s a beautiful day in New York” forgetting her claim of ‘overheating’ as the cause of the collapse. LOL

And as some says, she’s letting a little girl come to her and touches her when she could have had some germs?

I also found this video which was uploaded towards the end of last month,
and that might mean they prepared this in advance, who knows…
Anyhow this guy says Huffington Post got rid of him because he questioned about Hillary’s health.

He says two articles deleted, but one of them can be seen here,

In there, he had Paul Joseph Watson’s video

David Seaman got interviewed by Rebel Media which I haven’t watched yet,

It’s hard to tell if his story is really genuine or he’s working with them…
Just keep open-minded, everybody… just in case. ;o)

Anyway, former DNC Chairman Don Fowler (below, in the middle) 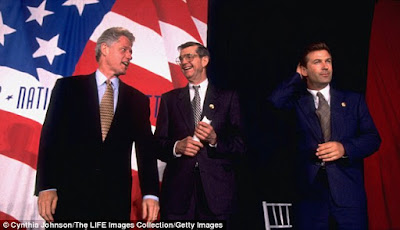 started talking about choosing someone to replace Hillary, so I wouldn’t be surprised to hear a news about Hillary’s death, and/or “Hillary is too sick to run for the presidency” = fake news anyway in the near future.

BTW, I uploaded this story in JP on my JP blog this morning, and they made all the videos way too small!! That’s called censorship or harassment.
They probably will do the same here, so if they are small, just click to start playing and then click the right bottom square to make it “full screen”.

That itself tells that they don’t want many to know about this. 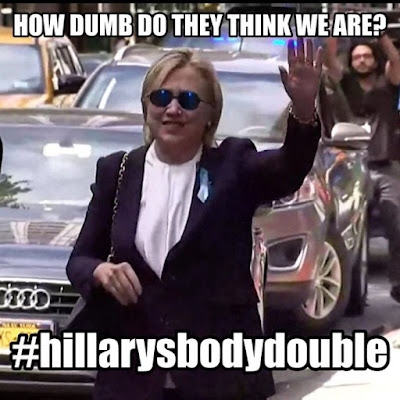 Yeah, that’s right!
Anyway, this entire thing is so bizarre to say the least.