What is ‘modern medicine’ doing to us? Think about the “cause” that many doctors wouldn’t even mention

I started warning others about that horrific cocktail of poison called ‘cervical cancer vaccines’ a.k.a. HPV vaccines, with product names “Gardasil” of Merck 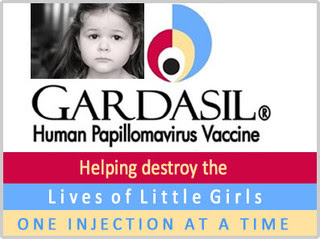 I didn’t trust coWARd since I observed his move after 9/11, so I searched on the net to see what’s in these vaccines, and Helen Lobato (I hope to see her someday, in person)

had a site telling that Gardasil has got roach poison along with polysorbate 80 which might be in our ice-cream, which is known to make mice infertile. 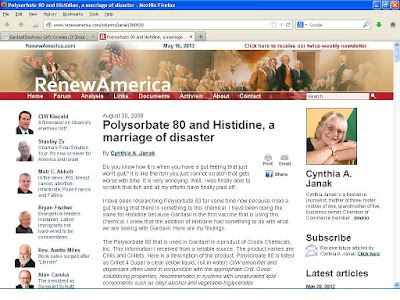 *Right click and open to a new tab to enlarge the image properly.
*Another independent journalist who wrote a lot on this HPVV, Cynthia Janack.
Her articles taught me a lot too.

I made my own fliers as usual, handed out to people on streets and a few appreciated my information. Yet the majority has been very well swindled all right especially when they made it ‘free’ though it’s covered by tax payers’ money, and they give the shots at schools so parents tend to just trust without questioning.

As a matter of fact, when I gave my daughter’s friend various print out to warn her not to get HPVV, that girl’s mother apparently tore all into pieces. Ironically, that girl who got the shot got so sick on the day and she had to go home and stayed there for a few days. And even so, they didn’t think my warning was appropriate at all. 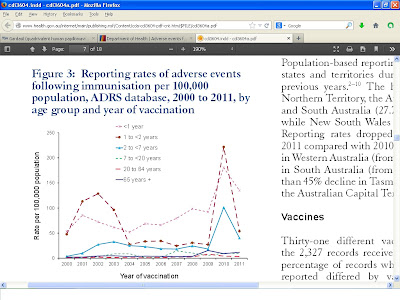 *A mother of a victim in other state I met on the net told me that there were more than 4,000 victims in Australia alone back in 2009. Has our media told us about them, incl the girl whose eggs were all killed by Gardasil? 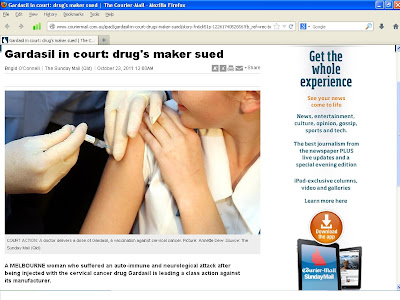 *Wonder what happened to above case… Does anybody know?

Then sometime after that, I heard that they were introducing that into Japan, so I dug further and found so many more lies and I wrote numerous articles on my JP blog to warn girls and women over there.

Prior to all this, I had a bitter experience of contracting CFS and hay fever and eventually I figured out that was because of the flu shot that my then GP told me to get. That was sort of the last straw for this child of a medical doctor who had been brainwashed all these years.

My father was a doctor, but he was a good man and trying his best to help and save his patients. From my current view, he was heavily brainwashed through education to become a salesperson for medical and pharmaceutical industries. Yet he was not a stupid, so he kept questioning about modern medicine despite I believe he was to trust every word of his teachers because back his generation, teachers must have been their Gods.

Anyhow, he kept telling me his questions repeatedly,

”There are tons of medicines around the world but NONE OF THEM is to deal with the cause. Isn’t that weird?”

Yes, it IS VERY weird.

”So many medicines on the shelves for just common cold but all of them are ONLY to suppress the symptoms.”

Right, only to deal with the symptoms,
Then he showed me this very thick big book, and said

”This is about the side effects.”

He was right.
After so many years, I figured out that term ‘side effects’ is deliberately created to minimize the image of horrific health damage including deaths by their poisons.

My father worked in national hospitals and had many patients with cancer.
He told me many admired him, relied on him, and even during the new year holiday, they wouldn’t die.

I mean even doctors, like my father, are not keen to see their patients die.
So he told me that he hoped those would die while he was away from work, but they waited for him to come back, saw his face at the beginning of a new year, and kind of relieved, then died. As I wrote, he was a good doctor and he was doing his best wanting to save his patients honestly and that’s what they saw in him.

It must have been very hard for him to see them die, and I wonder how many patients died in front of him.

Anyhow, before he ended his life, he told one of my cousins’ wife,

He did see through the lie and realized that medicine/treatment was the very thing that was killing his patients.

That’s the cause of cancer.
Poison.

Therefore, it can kill cancer cells, but at the same time, it kills healthy cells as well.

They say, “The cancer came back”
No, they created more cancer with so-called cancer treatment/medicine!!

As I wrote before somewhere, I cured one granny’s cancer with apricot kernels.
That was a cure unlike modern medicine’s treatment.

You need to eat 20 to 30/day but you don’t eat them at one shot.
Spread them over a day, and eat a few at a time every hour or two or three so that the total sum would make 20 to 30/day and chew well though they are bitter.

In a few states in the U.S. they started to make cannabis legal.
One reason I have found is that they, the Illuminati has got a patent so that they can make profit as usual.

Cannabinoids as antioxidants and neuroprotectants

The United States of America as represented by the Department of Health and Human Services (Washington, DC) 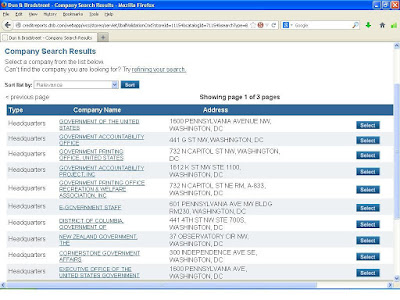 meaning traitorous fake Government, a Company calling themselves a Government is to make profit via this patent, oh so well organized, are they!?

Besides, they did the same in Japan which has been occupied by the U$A for so many years,

The news basically says that a company named Nemus Bioscience has obtained the patent in Japan for their prodrug that turns into THC in your body that they created along with Mississippi University. I didn’t know foreigners can apply and get patents. Anyway, that’s probably one of the big reasons why they’re allowing people demanding for legalizing cannabis, in case you didn’t know.

So, about the modern medicine.
Here’s what I wrote to a mother of one of HPVV victims in Japan a couple of years ago. I should have put it up here back then, eh? Sorry but time and energy are always short in our lives though that’s how they deliberately designed for us.

It’s real simple.
I’ve been declaring that HPV is NOT the cause of cervical cancer though I see none other talking about it. Why?

I’d been writing on that for some years and then I found the chart on GSK’s site, 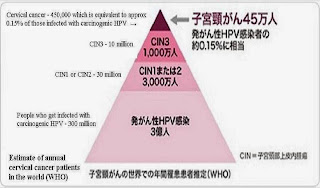 Can you see?
Among those who get infected with so-called high risk HPV,
WHOPPING 99.85% get rid of it!!
That’s without any medication or treatment i.e. your immune system gets rid of it!!.

If HPV was truly the cause of cervical cancer, the figure must have been other way round. That’s why I can tell that theory is a lie. That’s scientific thinking.

I’ll give you another example.
OK, you can’t turn on your light in your room when you came home. 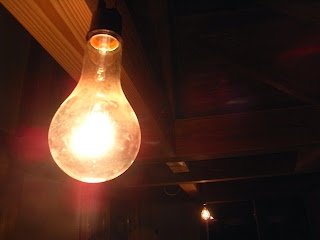 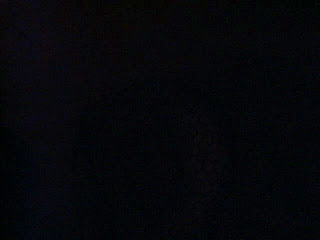 What is the cause?
It must be either the lightbulb got broken or the line got cut somewhere therefore the electricity is not supplied to the lightbulb.

Usually, most of the time, it’s the lightbulb. So if you change it to a new one, 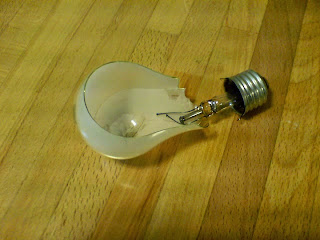 when dealing with the problem such as “no light!!” due to the lightbulb got broken,

instead of applying the correct method of replacing the lightbulb = get rid of the cause,

sell their method in order to reduce the symptom of “it’s dark” by putting a candle or using a flash light.

Precisely speaking, use a toxic candle with some horrific fragrance or toxic LED flash light.

And the question there is,

Has the problem been solved and will the light come on!?

Obviously NO.
i.e. original problem never got solved
but you’re getting ripped off to pay buying poison/s and quite often you are made into their yummy patient as they tell you that you’d have to take that medicine/s for the rest of your life, ALAS!!

Another thing I have found over the years, especially when I read a book written by a Japanese doctor of the very modern medicine but of immunology, is

Symptoms are the signs that your body is fighting back.
Yet if you give yourself modern medicine’s medication/treatment which is only to suppress the symptoms, your body would think, “Oh, we’ve gotta fight back further more!” and then your body will get messed up!!

Precisely!!
You get temperature when your body needs to kill some germs.
You vomit so that you can get rid of some poison out of your body and so forth.
Yet we were trained to believe that symptoms are always so bad that we have to get rid of without any question.

His book’s title was “If you stop taking your medicine, your illness will be gone.”

Think well, folks, and tell others.
Cause all of us have been heavily brainwashed and made to believe their religion called ‘modern medicine.