Somebody broke into our house tonight!!

We were out tonight and when we came back, both the security door that I shut and locked and the inside wooden door that I shut were left open, and the light in the hallway was on which was off when we left. Nothing was stolen it seems, but we never know what they did. They could have set things like mic or camera anywhere. 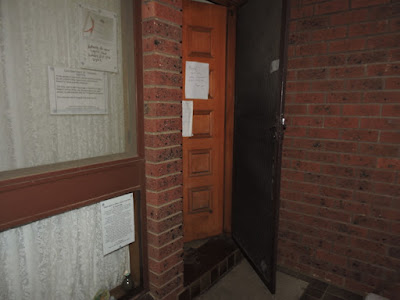 I believe this is their retaliation to my fight against the traitorous fraudulent criminals
who are working under so-called ‘Governments’ which are actually COMPANIES with NO authority over us that are stealing our health, wealth, freedom and rights!!

They can’t beat me because they cannot show any counter evidence to say they are real Governments, therefore they come to harass me like this. SUCH a cowardly act, easily expected from these disgusting rotten and super stupid criminals!!

I’m not scared at all. As my friend once said, “You are scared when you’re doing something wrong” and that'd actually apply with them because they are committing treason for many years.

SHAME ON THEM TRAITORS!!

There are also thousands of websites online from 100's of distributors who can send these devices to you via online shipping.

Thank you Dan!
It's an interesting world, is it.
They first sell those cameras and eavesdropping devices, and then they can sell detectors!?? It's like selling us various poisons such as agri-chemical, hormones etc ridden, GMO foods and then sell us organic.

Anyhow, you are one of six people who read this entry according to Blogger's stat, so I'm really appreciative about your giving me such information...though I wonder how accurate their stat actually is when they constantly disturb all kinds of activities on the net.