I’m glad that this documentary clearly states that the warming of the globe actually stopped years ago. I mean, while some other documentaries such as “What is the world are they spraying?” or its sequel “Why in the world are they spraying?” though they were well made, didn’t mention that anthropogenic global warming story IS a lie. As I say, there are fake Governments’ agents everywhere, so we never know… They give out true information but throw in some disinfo to confuse us, deceive us, mislead us, divide us, and to destroy the entire movement just like those guys who’ve been holding meetings where they teach about the Constitution and basic laws (i.e. they are agents). Also they don’t give us real solution to tackle various issues which are caused by this horrible traitorous fraud of ‘Governments are Companies’.

Anyway, it’s obvious that they’ve been manipulating the weather for a few decades if not longer, 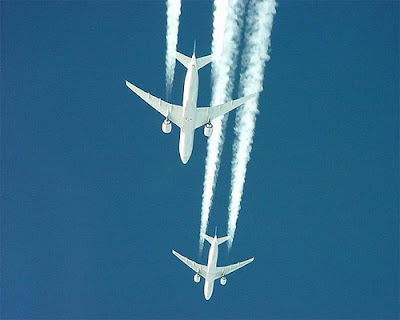 and that’s why we in Australia, get crazily hot days - about 10 days a summer in Victoria. And when I compare those artificial hot days with the ones years ago, they are very different.

As I tell people I meet on street or in shops, in the past, it was with blue sky, blue sky, blue sky! and we’d see some white cotton candy clouds in the afternoon. The temperature was over 30C almost everyday, and quite a few nights, it didn’t go down below 25C and we couldn’t sleep. Where, nowadays when it’s hot, it’s incredibly hot if you’re in the sun but if you go into the shade, it’s cool to cold. And at night, it cools down therefore I’ve used doona/comforter all through the summer last year, and this year too.

The fraudulent criminals decided to call this benign gas, CO2 which is vital to our existence a culprit, wasting our money to bury it to underground, when CO2 is only 0.04% of the entire atmosphere, and human contribution is only 1% of that 0.04%, making Aussis’ contribution next to nil!!

We actually need this culprit which is not harming our future at all. If you think calmly, you should realize that plants inhale carbon dioxide, grow for us to eat, and they exhale oxygen for us to breath! We need CO2 and why calling it the cause of the warming which is not even happening?

They never talk about poisonous electro-magnetic ray/field but rather promote and sell it to us through WiFi, Smart Meter etc, never talk about the shocking effects of vaccines with various poison, and they never talk about heavy metal toxins which are definitely one of the big reasons why they sell vaccines. And yet, sheople tend to believe whatever those criminals along with the mainstream media tell them even though they are all bought by filthy $$$. It is really frustrating why so many are still choose to be fooled.

Yet, I still remember this old lady I talked with at the Flinders Street station some years ago. She was furious with this talk about the ‘global warming’. She said it’s no comparison with the weather she experienced in the past, especially when she was small, it was way too hot and they had to sleep outside! We totally agreed that the story Al Gore sold to the world is absolute fake, but after that, when I started talking about fluoride that shocking poison, alas, she was brainwashed all right there, and strongly disagreed with me.

Thus, they planted so many different seeds of lies over decades if not centuries therefore we the people get easily divided thus the control of evil criminals continues. We definitely need to learn from there.

Anyway, please watch this documentary and realize how seriously dreadful this operation called chemtrails and weather modification are. They’ve been spraying so intensely in the U.S. and Europe 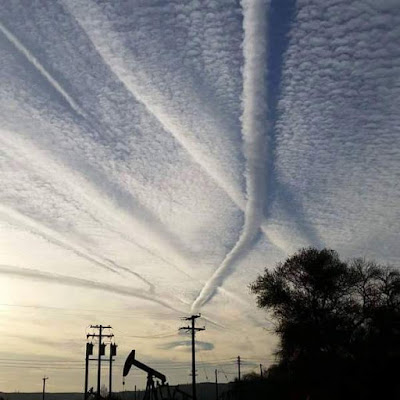 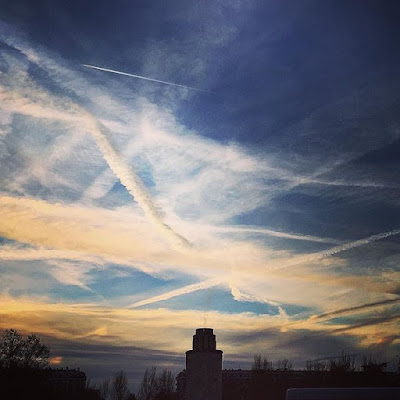 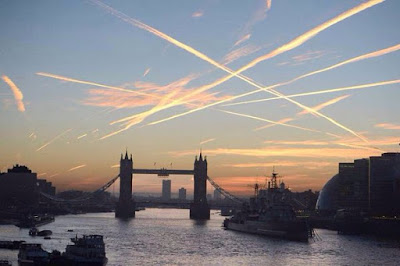 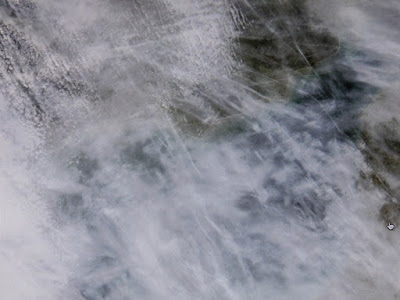 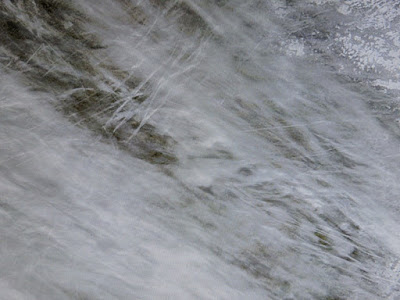 and it’s not that bad yet in Australia 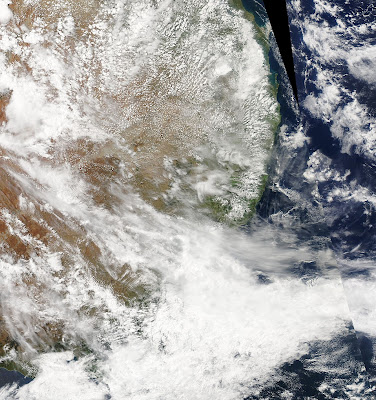 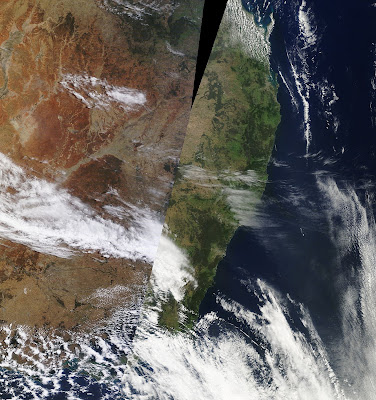 therefore many are still asleep especially when people tend to focus on the lines i.e. chemtrails, but we need to learn what the sky would look like after even with a few trails of poison. 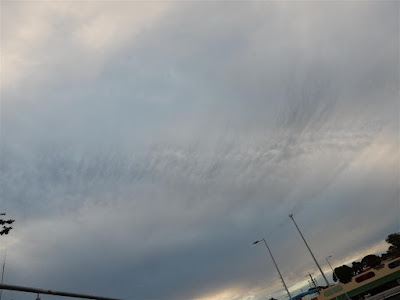 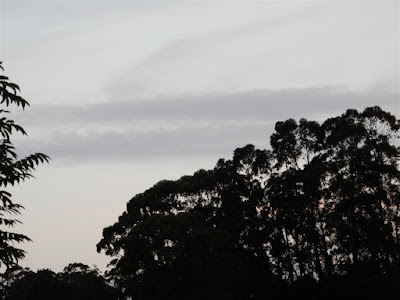 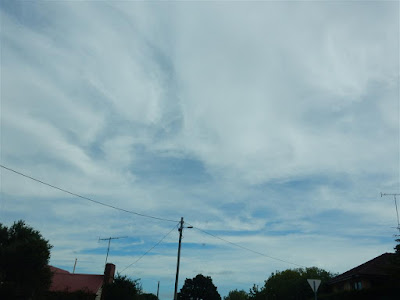 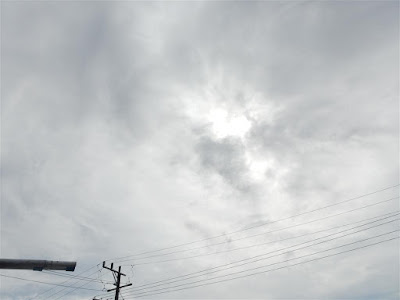 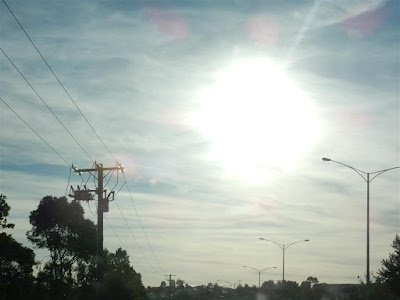 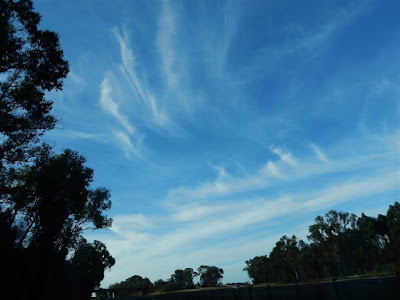 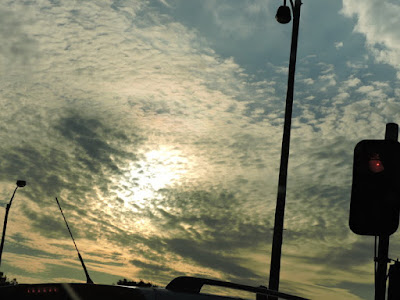 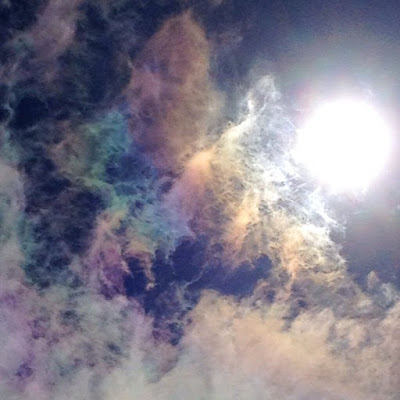 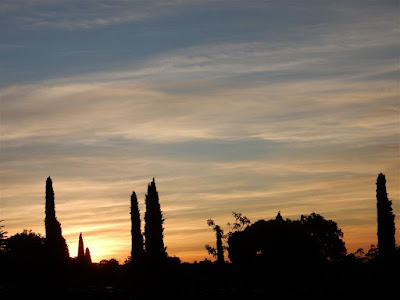 Do you think above are all natural?
Do you think some are ‘pretty’?
Well, they are all chem-sky made by chemtrails and therefore, highly toxic.
And yes, I’ve already seen those spider web like filaments, 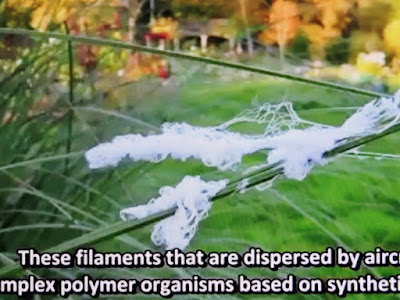 sometimes physically falling down from the sky and other times, tangled and stuck on trees or some fences. People should pay more attention unlike one of my daughter’s friends’ parents who said that chemtrails are “B.S.. I wish they were…and wonder why some people are SO DUMB!!??? That’s probably because they are so scared and wouldn’t want to face the reality though it’s damaging their health, their children’s health, our environment and our future.

They even talk about the fake Governments’ agents in this film which is good, but they don’t mention that there are many among us, on our side. That’s what I really need you to keep in mind cause I’ve seen SO MANY OF THEM around.

Please educate people around you!!
Seriously, we don’t have much time left…

*If Blogger.com doesn’t show you the above video, please watch it on YouTube
https://www.youtube.com/watch?v=U-5VnMIiKPY