Change of the head puppet is no change at all - Rhodes Scholar/Jesuit to another Rhodes Scholar, who’ll ‘tackle the DV issue’ but not in the right way, of course!

For some reason, they decided to change the head and got rid of that Jesuit/Rhodes Scholar, 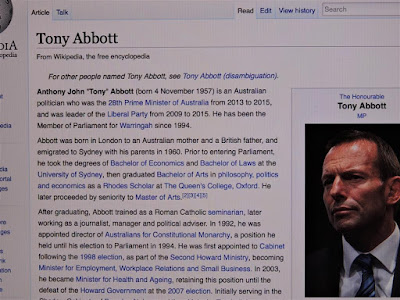 *Right click and open the image to a new tab or window to make it enlarge properly. 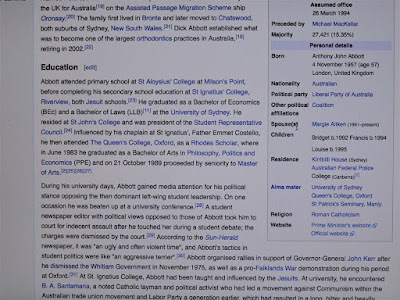 St Ignatius’ College, Riverview, both Jesuit schools…
…he then attended The Queen’s College, Oxford, as a Rhodes Scholar… 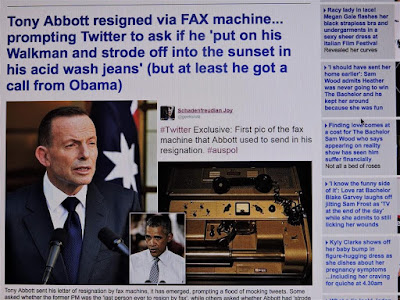 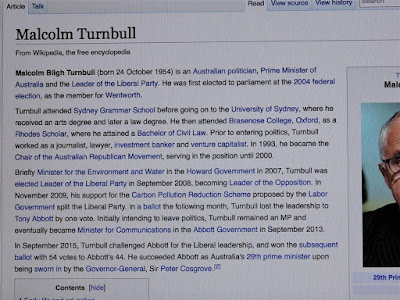 He then attended Brasenose College, Oxford, as a Rhodes Scholar…

Remember this with Gillard?
I wonder what Turnbull actually said when he got sworn in cause MSM didn’t seem to show that to us.

Anyway, the guy seems to have gotten richer and richer, by sometimes making constant breaches i.e. committing a crime overseas, 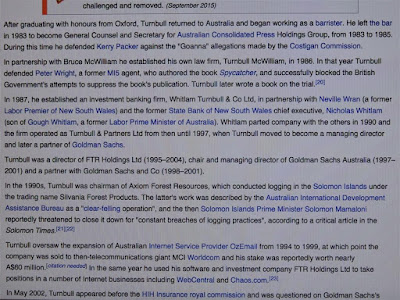 Yet, the majority welcomes this traitor? Are they blind or the figure was rigged? 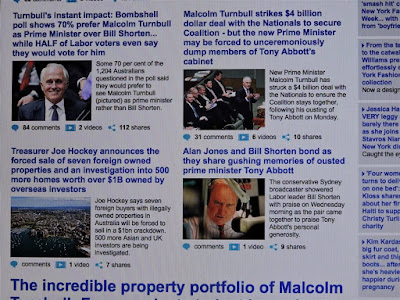 Anyway, these puppets are oh, so filthily rich to begin with! and on top, they get richer because the majority of “we the people” still believe they are our ‘leaders’ 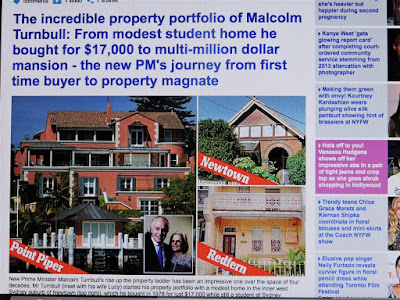 while Cecil Rhodes the Illuminati member was after the New World Order/One World Government, which Bob Brown also desires,

Senator Bob Brown calls for a ‘Global Parliament’ in his 2012 Green Oration
https://www.youtube.com/watch?v=EzJm-ZosEbo

All these fans of his there clapping their hands, at least the majority of them have no idea what Brown is really after. Because they are emotionally swindled to trust the con man. Read what a brain surgeon wrote in this article.

Anyway, that shows they are all the same, TRAITORS cause the Governments are Companies! I bet, when they are so confident that the mass is SO dumbed down in very near future, they will start telling us that Governments are actually Companies, and the stupid mass will accept it, saying, “Oh, is that so…” probably. That’s because I see many people have been losing their common sense and ability to THINK with their own brain but just believing whatever they were told sadly.

And today, I heard on the radio that Turnbull will spend $41 million to tackle DV, domestic violence issues and that’s the trend from his predecessor. I know that because I attended a meeting held by a local shire on DV a while ago, and their focus was this ‘wrong culture’ of disrespecting women. What a BS is that!??

When the Q&A time came, I stood up and told them that the real cause is heavy metal toxins, which are messing up people’s brain therefore they behave crazily and violently. And you know what? A woman, one of the speakers who’s from some organization under the Department of Justice which is just another Company, twisted what I said and altered it to alcohol and drug problem, and successfully swept this real cause = heavy metal toxins under the carpet!

That woman also accused this ‘Australian culture’ of men touching woman’s bottom in a bar casually as the cause of this DV. I don’t think it’s unique to Australia alone, and that’s NOT the cause of DV anyway. Even so, somebody like Turnbull saying:

"You realise that women must be considered less worthy. And no society wants to admit that about itself"

would sound SO RIGHT to many, especially to women, I suppose.
Therefore, he will gain huge support from them for this fraudulent operation as usual. How crafty and cunning are they!

So, inheriting what Abbott was going to do, Turnbull and others are focusing on sexist issue with statement such as above and, “Disrespecting women is not acceptable” which sounds so legitimate and correct to many who are left in the dark. But I tell you again, the truth is, that’s not the real reason why DV occurs and there, they are deliberately hiding heavy metal toxins, the real culprit!

Think, please!
DV happens not only ‘from men to women’ but the other way around, and some parents suffer DV from their children, meaning daughters, too. This theory of ‘sexist’ cannot explain all DV cases that means it is just another lie from these traitorous criminals and they’re seriously hiding this real cause for decades though they are fully aware of it. 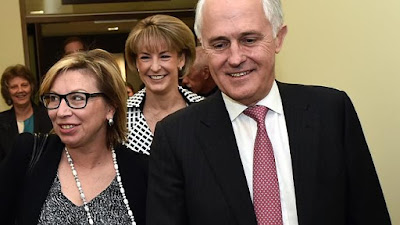 Because, that is definitely one of the big reasons why they keep promoting poisonous immunization/vaccination! You must have noticed radical increase of child cancer/child leukemia in recent years. I found out a few years back that was because of the vitamin K they give to new borns at birth!! I know nobody who had the problem they say the lack of vitamin K causes, but I know a boy personally who got ill as well as ADHD and in society, there are so many shouting for financial help because of their child got that disease. People need to check facts and think really.

Those who ‘believe’ in vaccination should do some search and check ingredients and so-called ‘side effect’. They use that term to reduce the tragic nuance because ‘side effect’ actually includes death 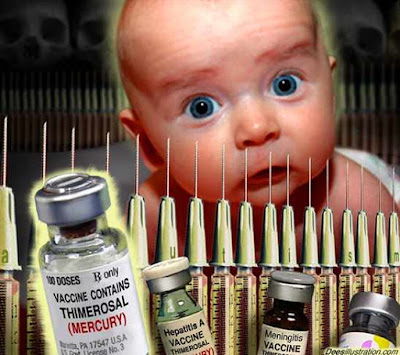 and listen to real doctors and scientists who are not bought by money.

Everybody seriously need to keep in mind that Governments are Companies and they are there to make profit out of our pockets to serve their big bosses = shareholders, therefore whatever they say and do are not for us, the owner of the country and their employers. It is a great shame that the majority of people everywhere are way too trusting and/or way too ignorant i.e. don’t want to know what’s really happening at all. They simply want to ‘enjoy life’, go watch footies or tele to get further dumbed down, brainwashed and leave this world simply getting worse and worse for their children, grandchildren and so forth. After all, these traitorous criminals know that we need numbers to beat them. That’s why it’s very important that every one of you to do your best to spread the truth!

Disgustingly, instead of carrying out hair mineral tests to check so-called abusers’ heavy metal levels in order to start detox with chelation therapy which cannot be seriously covered by Medicare (THINK why they don’t cover that!? cause they don’t want us to have the real solution!!) , they will use the

and which mobile company gets that business? Could be their mates’, eh?
Also,

The package includes $36.5 million over three years to train frontline employees, including police, social and community workers and medical staff

that means they will spend tax payers’ money to brainwash the experts AGAIN.
They’ll even install CCTV cameras (from the same article) in their homes, ALAS!!

When they can cure the abusers by detoxing, they’d rather call them, who are actually the victims of heavy metal toxins, ‘criminals’ and spend money for somebody else’s benefit. Think about it, fixing the metal problem could save so many families from breaking down, divorce, etc. but they won’t take that path at all.

Installing CCTV cameras in homes (and this is just a pilot case, and they want to make it a norm in the near future with everybody, I bet!) simply means more and more control and censorship but there again, ordinary citizens believe they’re doing the right thing!?? When will they wake up to this ugly reality that our so-called leaders are actually shockingly horrible traitorous criminals!?

That Herald Sun article also mentioned that “63 women had been killed by their partners or a family member this year,” but the mainstream media NEVER TOLD US that there were more than 4,000 victims back in 2009 in Australia alone (how many by now?), of so-called ‘cervical cancer vaccines’ (now called HPV vaccines) which don’t protect anybody from that cancer but actually increase the chance of contracting that very thing!

*See the figure from VAERS Report on the right side by scrolling down this page though they say the real figure must be 10 to 100 times greater than that because many victims don’t realize they got the problem from this cocktail of poison, HPV vaccines. Besides, many of so-called health professionals are bought by pharmaceutical companies (shots are actually their regular and steady income if you think calmly without letting your emotion/trust block your observation/understanding abilities), and they tend to ignore the tragic consequence and deny the link.

Also please notice that they never tell us about chemtrails, poisonous nano-particulates they spray over our heads everyday and their evil operation of modifying the weather, in order to maintain their lie called ‘Global warming”, 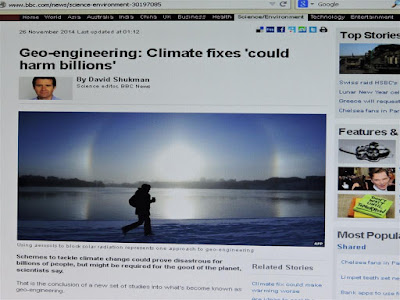 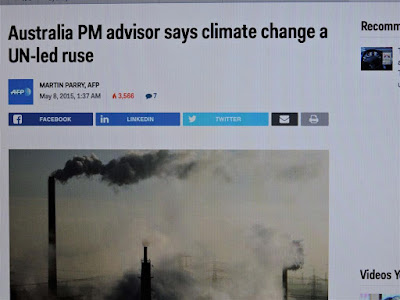 That could have been one of the reasons why Abbott got kicked out, and what Maurice Newman is saying there reminds me of what Ted Gunderson, former FBI chief said though we should consider electromagnetic rays/field i.e. HAARP (weather weapon) on top of mobile towers, WiFi, Smart Meter etc along with chemtrails,

of which technology was most likely developed with the money they swindled off people of the world by telling this huge con,


BTW, I tried to comment on that page, but HeraldSun.com.au didn’t show me the bracket to type up my comment at all. Everywhere they manipulate and block genuine information, as usual. So, please spread the word about this very real cause of DV and so many other problems: Heavy Metal Toxins!!
See this article for more links to heavy metal toxins information.