I first found this shockingly disgusting, sickening horror story on

It had a short video,

But now, you can watch the entire thing instead of watching
short ones one by one, 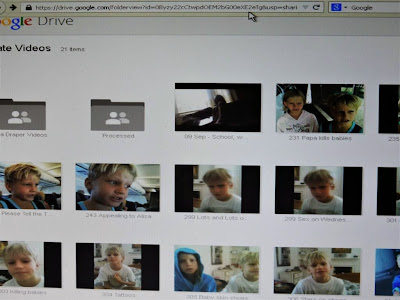 *Right click images to open in a new tab in order to enlarge it properly.


*Oh, they already deleted them! That means they = fake authorities gotta hide this story entirely while media keeps silent. But luckily I found them, so I'll embed them here. Thanks to those who uploaded them, but how long can they last?
(Above & two videos below added on 21FEB15)

Alisa (age 9) and her brother Gabriel (8) are so courageous to speak up after years of abuse and being forced to assist unimaginably chilling crime.

Their father, the ring leader is a British actor, Ricky Dearman 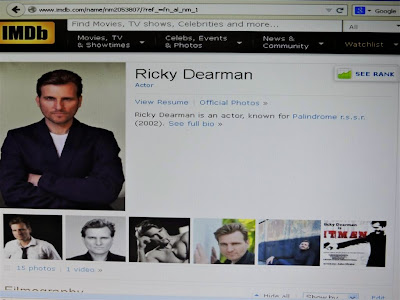 His first dialogue, "I don't wanna do this anymore...
I don't wanna be a killer anymore" could be what his soul has been shouting for years, and around 2min 35sec, the guy says to him, "No one will hire you" and that would be his future as an actor if the industry was run by decent people and not by Illuminati.

If you prefer reading rather than watching the videos, this page gives you a good piture. 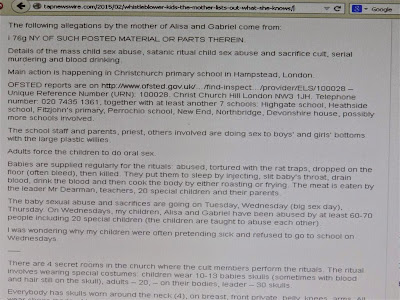 though I insist you should watch Alisa and Gabriel talk. 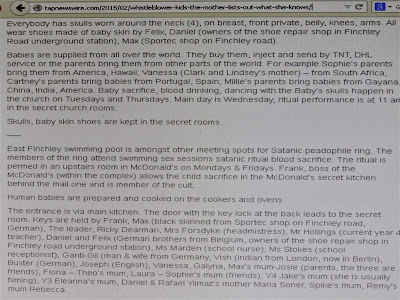 *Oh, above page is gone too, that blog owner apparently deleted it.
Haven't checked in details but I found the mother's letter on this page instead.
(Above added on 21FEB15)

And I wonder while it says babies were bought and taken or sent from overseas, some could have been taken away from their mothers by the fake Justice system along with fake human services within the U.K., as this article talks about. 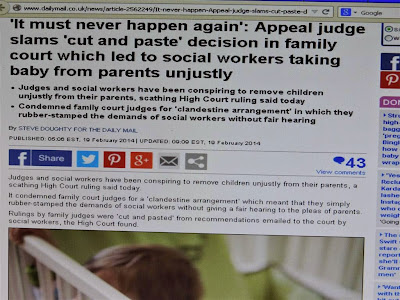 Last year the Daily Mail revealed that a judge at the Court of Protection had sent a woman to jail in secret after she refused to stop trying to remove her father from a care home where she believed his life was in danger. All information about the imprisonment of Wanda Maddocks was banned from publication until the Mail investigated the case.

In December the Court of Protection was discovered to have ordered behind closed doors that a pregnant Italian woman must undergo a compulsory caesarean operation. The mother, Alessandra Pacchieri, was later told by a family court judge, again in secret, that her baby would be taken for adoption in Essex.
(end quote)
So, you never know.

Their school, Christ Church School where the ritual killing and sexual abuse took place, you can open their cached page 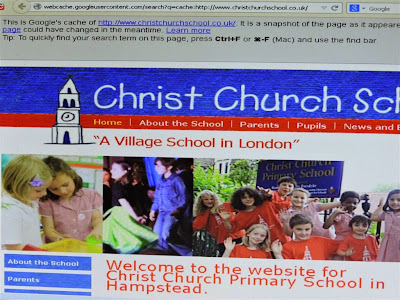 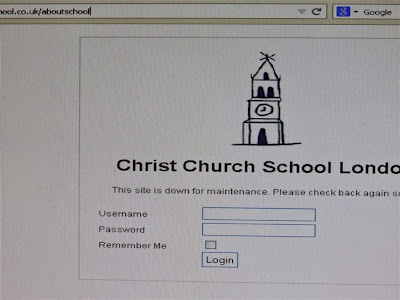 if you click above link. No wonder, I bet they're struggling to make up some ridiculous explanation to fool the nation and the world. Whatever they can squeeze out of their rotten brains, it'd be a lot worse than the super sloppy job of fake hostages beheaded drama and/or poor quality CG of the plane crash.

The school principal, or as they call headmistress Katy Forsdyke 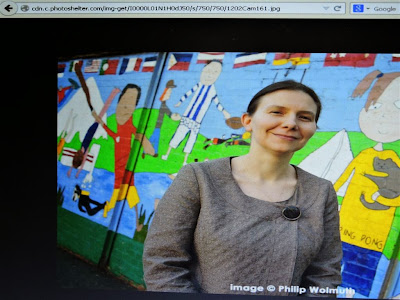 has apparently got a big pink birthmark near her private along with a devil's tattoo. So if she can hold a press conference to show that area on live TV camera, she can easily clear her name. Well, I'm not holding my breath.

Anyway, as I've been telling you, Governments are Companies and the U.K. is not an exception there,
http://www.sec.gov/cgi-bin/browse-edgar?company=Her+Majesty%27s+Government&match=contains&filenum=&State=&Country=X0&SIC=&myowner=exclude&action=getcompany&Find=Search
*If clicking above doesn't work, copy the URL and put into a browser. 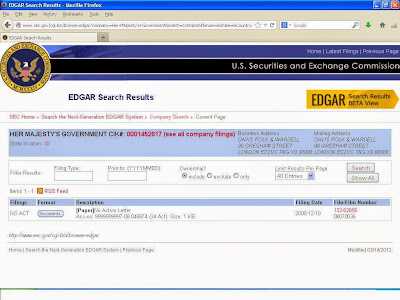 Gabriel told us about the body under the Human Services called Cafcass which is short for Children and Family Court Advisory and Support Service. 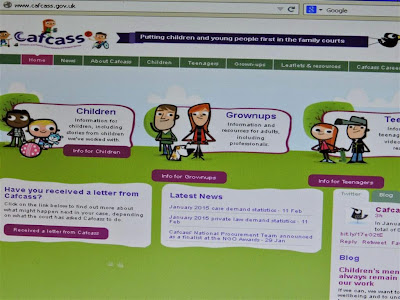 All looks so nice and friendly, yeah? and efficient, you'd expect... 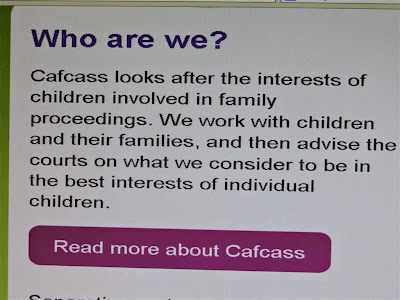 OK, the URL shows it's a Governmental body with that "gov.uk". 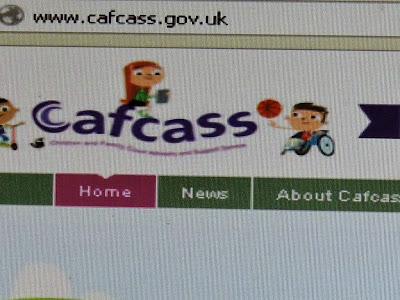 And then, why do they need to worry about Copyright? 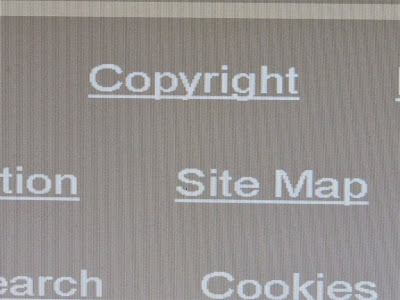 Remember? what Governmental bodies publish did not have any copyright. It was not so long ago I think, until the traitorous criminals changed their rule. Since they've become Companies, they started having such a notice.

Not sure each story is genuine and justifialbe or not, but it seems there are others who are not happy with Cafcass.

Also, that Barnet Police they took this issue to, is that under the Metropolitan Police Service? 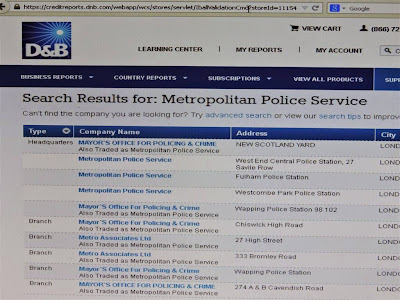 At least, they are all under the Ministry of Justice, right? 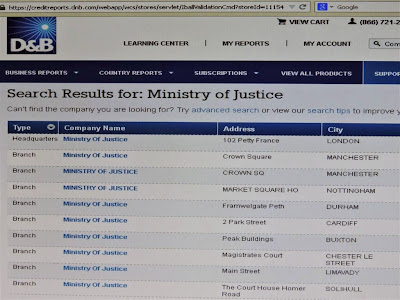 And did you ever notice they tend to use the term "SERVICE" which sounds more like a commercial business than public office. And that's it, they are actually Companies as you can see. Above images are DnB.com's Company Search Results. DnB.com is a company that sells company data to investors.

Think, folks.
My child's State School showed up on DnB.com as a Company. They are all there to make profit out of our pockets & please their shareholders who are quite likely Zionists etc.

So, I say the mother should demand whoever issued that "Interim Care Order issued on 24.09.14" to show her verifiable COUNTER evidence to say they are a real, legitimate, genuine Government's entity. I guarantee you they have nothing to show. Since such order cannot be issued by a company, above order is invalid and they should release and return the children to her immediately.

Spread the word so that lots and lots of people will support her when she takes above action. And that will help many others around the globe realize that we are all conned for many years by fraudulent criminal actors and actresses.

For those who cannot believe what Alisa and Gabriel were telling us, check into what the former FBI chief Ted Gunderson had got to say long before he was poisoned to death by Illuminati, and listen to the mind controlled sex slaves such as Brice Taylor and/or Cathy O'Brien. It's our reality.

Also, it was very interesting to know not only the date the father started to have more contact with the children was 9/11, 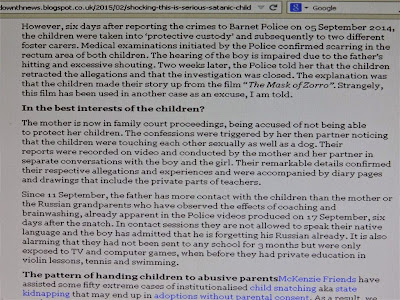 but also, it was 9/22 when the police closed the investigation unfairly.

Oh, and Anonymous told me
about the whistle blower policy of Christ Church School,
http://www.christchurchschool.co.uk/images/parents/management-policies/Whistleblowing_Policy_Nov_10.pdf

Obviously, he/she cannot go to the headmistress, but anybody welcome.

Wishing their safe and early return to their mother...
Hang in there, Alisa and Gabriel!!


*ADDITION on 10AUG17
Seems all the above videos have been deleted and now I found this one,

Papa kills babies - Secret UK Pedophile ring is being exposed https://www.youtube.com/watch?v=N7_epvNbaPQ
For those who haven’t seen it yet.
I really wonder what’s been happening to those two children…

please continue your coverage. is social services also a company?