When I first heard the name "ISIS", I immediately thought about her 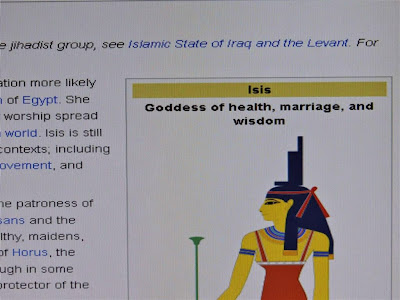 and thought Illuminati was up to something.

Though it was actually, the one at the top right of that "Isis" page...

Anyhow, you can search for "ISIS being Mossad, CIA and MI6's product" yourself. It's everywhere. And when I heard about this news of two Japanese captured, I immediately thought it was what Netanyahu meant when he told Abe "this (terror act in Paris) could happen in Japan/to Japanese". 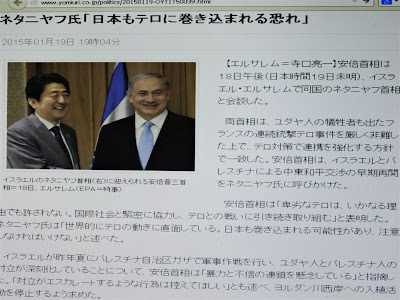 He is known to predict near future events as such very well, you see.

And when I started reading reports from Japan, I thought it was very werid that newspaper articles reported that Goto was said to have called his friend in Turkey after he was captured in Syria, back early November last year. 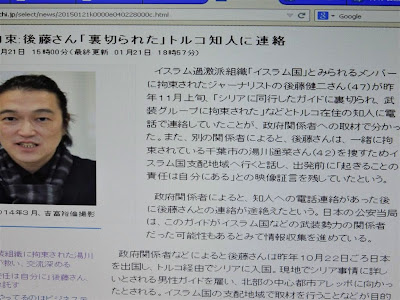 Isn't it a common knowledge and procedure that you body search and check all the belongings of a person you captured, so that you can confiscate any device for him/her to contact somebody outside!? Especially when the leader was trained by Mossad!??

I feel they are probably testing the mass, how dumbed down we are when I see such obvious lies. But their dumbing down the population worked so well. I dind't hear anyone wondering about that phone call.

Also basically, this is kidnapping therefore, only if our governments are legitimate, Japan could ask Turkey to cooperate, send JP police over there and interview Goto's interpreter who must know where they parted when Goto was with this guide. Goto was reported to have said on that phone conversation with his friend in Turkey, that the guide deceived him and he got captured by ISIL.

But as you know, Governments are Companies 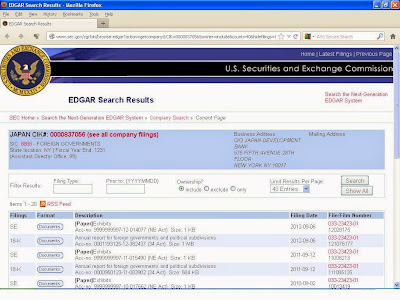 and they're simply performing a drama to deceive us, so they wouldn't do anything right.

JP media also told us that there is this business by local citizens and some militia groups going on in that area, to sell travellers to ISIS/ISIL.

It could be another hoax to add credibility to Goto's story...who knows?
Anyhow, that phone call episode is really fishy.

Also about Yukawa, his first name seemed so weird to me, so I searched for his information, and came across with 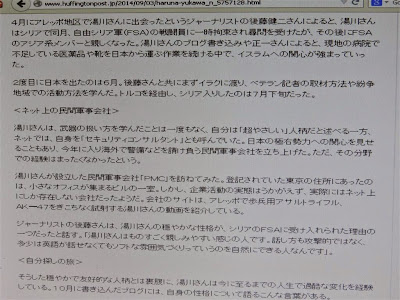 which said that according to Goto who met Yukawa in April last year in Aleppo Syria, Yukawa became friends with his previous captors, FSA's Asian members. Also through his activities of carrying medicines and shoes (Why carry shoes!?? Don't airlilnes stop you??) from Japan to that area, his interest in Islam grew.

He never learned about weapons but he called himself a "security consultant" and started a PMC (private military company). Yet, it's almost on the net only, almost non-existant a company.

Does that sound OK to you!???
Why someone who was bringing medicines and shoes to help people wants to start a PMC??

It didn't stop there. 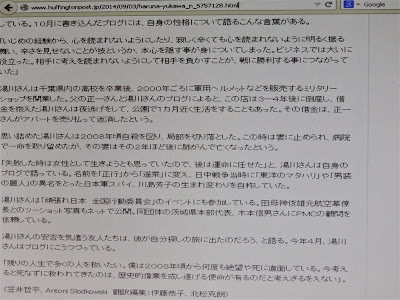 says, he had a hard life, and eventually he severed his genitals (sounds like Angelina Jollie, LOL) and attempted to kill himself around 2008, lost his wife who stopped him then 2 years later with lung cancer...(just to stir up your emotion, your sympathy so that you'd believe whatever they tell you onwards) Changed his name from "Masayuki" to "Haruna" (woman's name) and he said on his blog that he was the reincarnation of Yoshiko Kawashima the spy... He was also in touch with Toshio Tamogami, 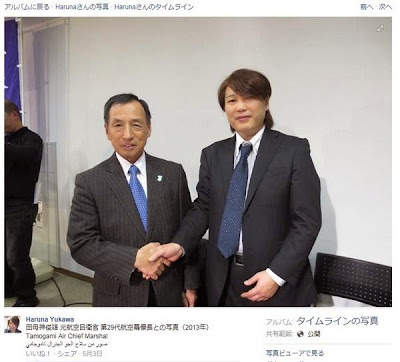 a former Commander in Chief of the JASDF(Japanese Air Self-Defence Force).
How about that.

Everything seems so weird to me.
Then I heard noise about Goto, being a member of some Christian Church which is skeptical, a claim which I'm not that sure about... and then this blogger found he was close with the Japan Committee for UNICEF which is NOT a JP branch of UNICEF but as many believe, just a bunch of fraud - though UN is a big fraud to begin with.

Velvetmorning also wrote, though I cannot find that page (most likely, got deleted) that Yukawa was associated with groups of former JSDF and/or police members.

No wonder why they needed to delete it, if they did.

Mind you, Yukawa was captured mid August last year, and Goto late October.
Why didn't ISIS/ISIL demand for ransom back then?
I believe because they were waiting for Abe to go visit Netanyahu.
This news about these hostages is very useful to hide some bad news from Fukushima, as well.


Now, about the video/photo image of Yukawa beheaded is a fake...
I can write a whole lot but you can simply read my blog article's Google translated page though their job is horrible, you mainly need to see the images and links (to English sites).

As you can see, Haruna’s head seems to have grown in size considerably compared to the rest of his body. Look at his wrists beside his “head”. He could have fit two of those in his mouth if this image were genuine. Obviously, it is not.
(end quote)

All lies as usual, folks!
Shinzo Abe the traitor simply wants to alter the constitution so that Japan can go to war officially to please Illuminati, destroying Japan just like so many other countries are destroying themselves.

We've gotta stop that, so you know what you should do.
Tell this everybody you know, as a start.