What The FUQ? - Frequently Unanswered Questions of the "Australian Government" i.e. Peaceful Revolution Everybody can start NOW!!

Well, you can start with its trailer,

But might as well, see the whole thing to learn what's happening

And start questioning the 'authorities' and spreading the word far and wide!!

You see, so-called 'local government' is clearly unconstitutional to begin with*, but the story doesn't end there. The entire thing is a huge fraud in order for them the company registered with the SEC.gov(Securities and Exchange Commission of the United States of America)

http://www.sec.gov/cgi-bin/browse-edgar?action=getcompany&CIK=0000805157&owner=include&count=40
Copy and paste above URL into a browser if necessary 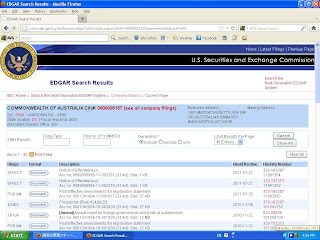 *Use right click and open a new tab to see the image really enlarged.
(also open up http://www.sec.gov/cgi-bin/browse-edgar?action=getcompany&CIK=0000898608&owner=exclude&count=40)
to charge us more and more plus give us more poison to please their shareholders(Zionists, most likely), as well as making us sick, sicker and die not because "population is a problem" but because while they need slaves, they don't need this many because they are really scared of the day we the people wake up to this reality and start fighting back seriously. That's why they keep having false flag operations such as 9/11, Port Arthur Massacre, Akihabara in Tokyo tragedies to take away weapons from good and honest citizens. No matter how strict gun law etc could be, criminals can obtain weapons anyway. That's what we've got to realize.

And back to that 'population is a problem' lie,
http://vigilantcitizen.com/sinistersites/sinister-sites-the-georgia-guidestones/

They sell us cocktails of poison called immunization, vaccination using our caring mind and "trust" not based on real science which is NOT bought by $$$ (as usual). It's a Russian roulette. Everyone doesn't die but it definitely weakens our immune system, killing some and damage many but media which is bought by $$$ will never tell us how horrible the consequence of immunization/vaccination is, so many will have no clue.

Actually many victims cannot even connect the dots and figure out their health problem is due to immunization/vaccination. So what would you do when you get ill? GO BACK TO YOUR DOCTOR and buy more poison called 'medicine' or 'treatment which' NEVER touches the cause of the problem, but simply tries to suppress the symptoms.

However, many of us around the world were taught to believe symptoms are bad, so we go to doctors to buy poison to suppress them. When the body was actually fighting back, the symptoms get suppressed, then the body would think, "Oh, we've gotta fight further more" and you get all messed up. That's why a doctor (of modern medicine) in Japan Dr. Toru Abo wrote, "Illness will be gone if you stop taking medicine."
*Make sure you get some expert's help when you try to stop taking your medication.

Anyway, it's really time to wake up and do something folks!!

People said "NO". It was NOT CARRIED. You can check that here, http://www.aec.gov.au/elections/referendums/Referendum_Dates_and_Results.htm 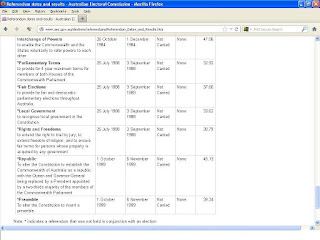 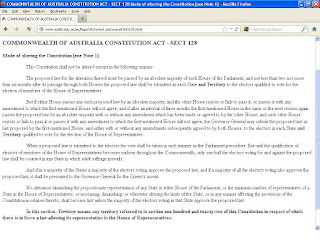 no one can change the constitution unless Australian people approve it.

Well, people denied it but the corporate government faked and made up the 'Local Government Act' to charge us rates on our "fee simple" properties which we have NO OBLIGATIOIN TO PAY!!

One more for you to wake up.
When you need to sign a document, where do you sign?
Then, see where the Queen signed to give her Royal Assent, 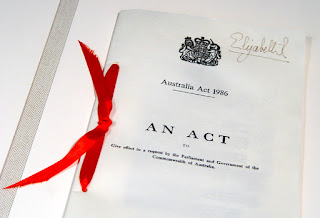 Did she give them the Assent?
I don't think so.

Might as well, see what the constitution tells us that a person must say when they make an oath or affirmation, 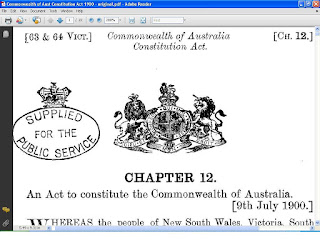 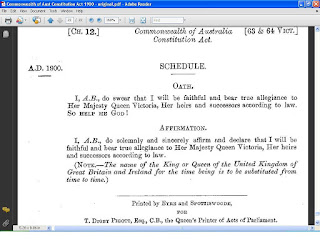 and compare that with what Julia Gillard actually said,

She said, "I Julia Eileen Gillard do solemnly and sincerely affirm and declare that I will well and truly serve the Commonwealth of Australia, her land and her people in the office of Prime Minister."

She is working for the company.
It's a treason, folks.
And you're not doing anything about it...
Just grab 6VB and go watch footie?

Where is "Australian Fair Go"?
when our country has been infiltrated and hijacked by Illuminati...

Also, pleae realize rallies, protests, petition = degasification.
They never achieve our goal but decrease our dissatisfaction because meeting with people with the same enthusiasm as yours feels good and jotting down your name on a petition makes you see this illusion that you did something! but nothing changes because the traitorous criminals and their bosses never pay any attention to them.

We've got to figure out a tactics that actually works and that's what I say,
Stop giving our power (money, votes) to them!
then, they will topple all right and we are to start a new with something like Direct Democracy of Switzerland.

Start now, by taking a look at Scott's site ;O)
www.truth-now.net
though I never asked them for someone's Addidavit as Scott wrote somewhere, because there could be those absolutely brainwashed and then, you could be in a trouble.

Anyhow, as a matter of fact, we have been refusing to pay rates and water bills over 2 years now (I'm adding this part SEP14) because they are both unconstitutional, and we have challenged several 'Registrars' at the so-called 'Magistrate Court of Victoria' and lawyers, but none of them could show us any verifiable evidence to say they are real governments. 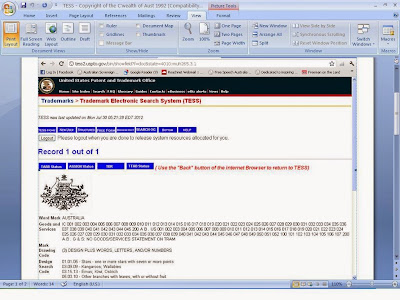 Our Coat of Arms is actually a Trademark, registered in the U$A!! 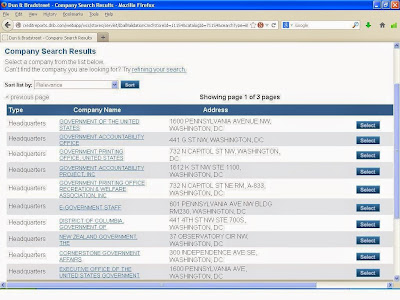 Can you see that CLIENT SERVICES at the end of this letter? 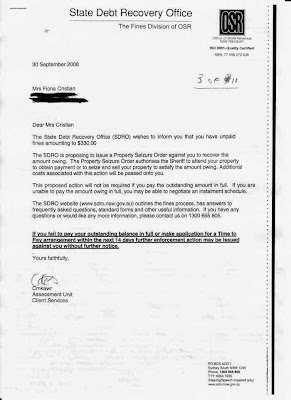 Our local 'government' outlet also had a sign "Customer Service"!!
Shame I didn't get to take a photo of it before they changed it to "Enquiry" but it was laughable, folks!! They absolutely rely on our assumption that Governments are Governments. That's all. Nobody ever question that, right? Therefore they can keep committing this huge and horrible fraud over decades easy and changing here and there bit by bit (<-That's the key!) over the years to steal our wealth, health, freedom and rights!

One site I saw though I'm not sure about the authenticity of the owner, said that the real reason why they abolished death penalty in 60's, is to save themselves. Because anyone committing a treason was to face that very death penalty. Makes sense, doesn't it.

Anyhow, while they couldn't show us any evidence that they are real governments, they tried to drag us to court as expected.

I'm afraid but many would get fooled there because there are so many fake Government's agents / spooks / plants, performing their solution and they go to court.

My advice there is, NEVER GO TO THEIR COURT because that's where they find you guilty and make you pay! 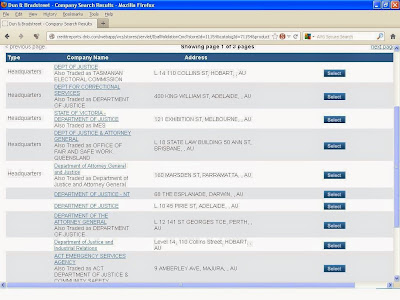 See? Department of Justice is also a COMPANY!
You go there only when you signed a contract with them, or decided to use their service though their service might turn out absolute opposite of what you expected. 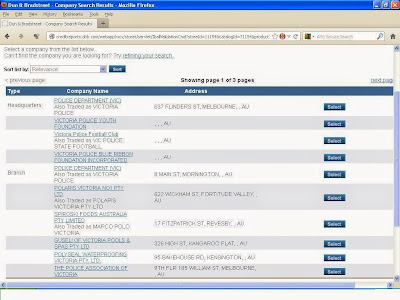 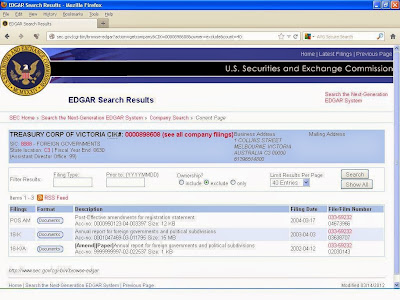 Every public entity in this country (and some others incl US, UK) are all companies including Sheriffs' Office etc. As I told many of you, our kids' State schools are also companies. They are busy trying to hide these pages, but many of us have already seen them all right and save them as you see here!! ;O)

Therefore, do the same instead of going to court obediently = Demand them to show you evidence that they are real Government / Government's entities. Unless they can prove that, there is no need for you to go to their court, a Company's drama theatre! 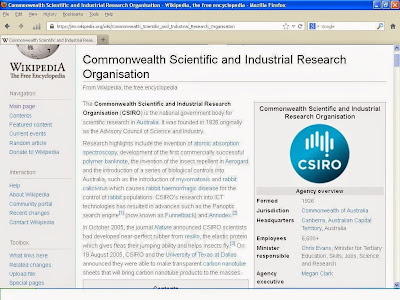 Though Wikipedia says CSIRO is a "national government body",
it's actually a COMPANY. 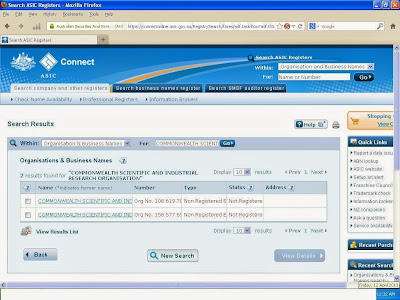 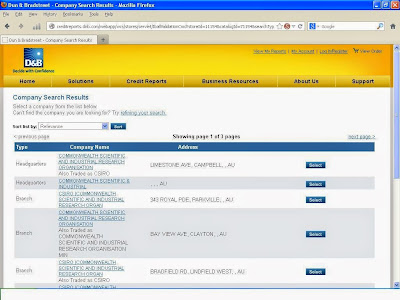 Therefore, in order to make more profit out of our pockets and destroying our health, they work for a private company called 'Commonwealth of Australia' and is deceiving the nation.

Please tell all your friends, relies, co-workers and neighbours!!
We need to flip over this upside down world, seriously.
Read

Can you find links to what other prime ministers said at their swearing in?
Thanks

Found this in the Guardian... http://www.guardian.co.uk/world/2013/jul/02/swearing-in-australian-parliament-explained
Keating swore to Commonwealth, Howard to Her Majesty but not her heirs, Rudd & Gillard to the Commonwealth.
Keating was a staunch republican, Howard a monarchist - are you sure this isn't just a personal choice thing, like choosing between an oath or an affirmation?