Don't be fooled folks, read the US Constitution!! RE: NDAA Obama signed 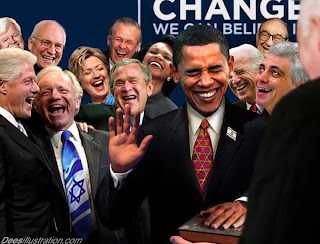 Somebody sent me a link to this video(sorry but no embed code). Originally, it was uploaded here as "NDAA- The final deadly blow to American Liberties & Freedom".

Watching it, I thought it was very strange that nobody - right, NOBODY incl Dr. Ron Paul tells us that those fake laws the traitors make up are all null and void.

You see, here in Australia, our Constitution Section 109 says:

When a law of a State is inconsistent with a law of the Commonwealth, the latter shall prevail, and the former shall, to the extent of the inconsistency, be invalid.
(end quote)

I believed the US Constitution must have a similar clause and there you go,

Article VI contains three clauses. The most famous is the second clause which makes the United States Constitution along with all law and treaties made in accordance with it the supreme law of the land. That clause is commonly referred to as the supremacy clause.

That clause itself says:

Did you see that "shall be made IN PURSUANCE THEREOF"??
That means the laws are to be made BASED ON what the Constitution says.

Therefore, if a law doesn't follow it, it's not valid.

I always wonder about MSNBC's Keith Olbermann. Here he only says that a horrible law will be made. He doesn't tell us it's null and void.

Ron Paul is the same. He complains about the US becoming a lawless state or Americans LOST FREEDOM and so forth, but he doesn't tell us the traitors' law is null and void.

What they are saying is just to make Americans believe that they cannot do anything to stop this, and their freedom has been taken away forever. That's a false explanation Illuminati wants you to believe.

Now, remember that rumor Paul is a Mason? though he denied it, 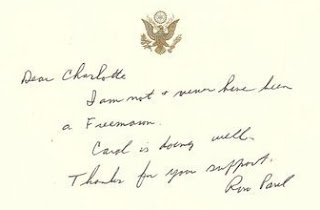 Right, this handshake... but perhaps it was just because the other guy was a Mason? 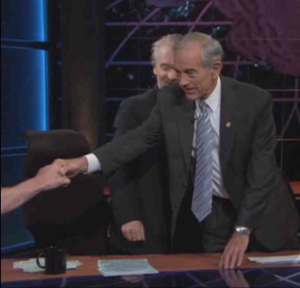 And of course, there are so many working for Illuminati even when they are NOT Masons. 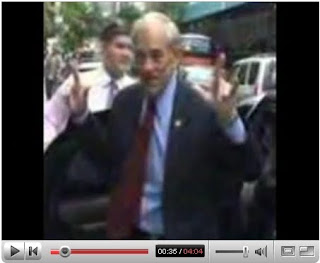 Anyhow, tell others to read your Constitution!!
Posted by Aus911Truth at 1:13 AM