A mate of mine in Japan sent me a link to a blog article about weird looking clouds.

It says somebody saw "a very bizarre looking shaped cloud" on 8th of April. It had two links here and here but I got "Over Quota" and couldn't see them.

So I looked around and found them.
(Click the image to enlarge) 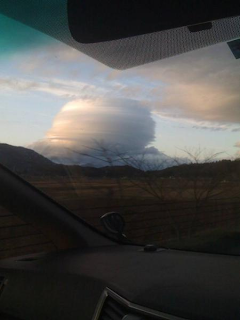 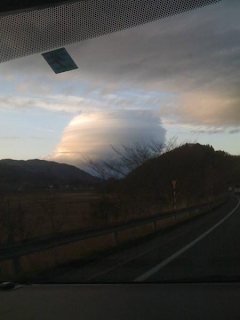 They were uploaded here, and they were taken around 5:50pm on 8th of April at about 15km south of Sendai, Miyagi Prefecture on a highway.

The first link(blog) also had a link to these photos, perhaps of the same cloud? 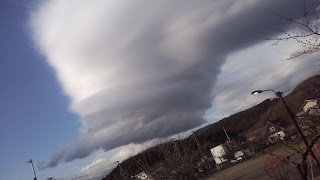 These were taken around 4:45pm in the south of Miyagi Prefecture, it said. 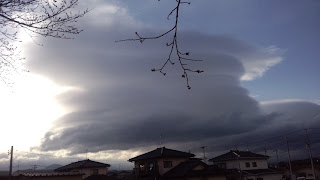 For me, they look like the cloud a regular member of the Chemtrails Forum posted last August. 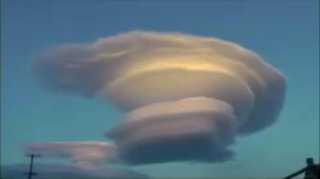 I bet many would say that this is just another lenticularis/lens cloud, but I think this is probably altered chemtrail by EMR from somewhere like HAARP.

Talking about HAARP, its charts are not available for us to see for several days now. The one of Gakona's, 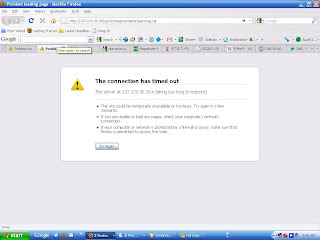 and the ones with others, 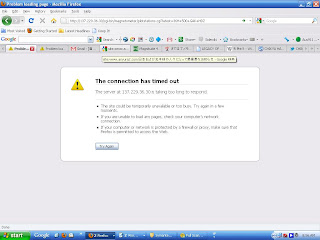 Also the next video on YouTube shows the big round light/flash sort of thing. The authority, Tohoku Electric Power Co., Inc explained it was probably the disconnector got shorted out due to the damage it had(from the earthquake?) and caused this arc discharge.

I wonder if disconnector's arc discharge can be this big, and also wonder if it happened to be caused by something like Stuxnet worm...

One thing I would like to point out also is that above video claims that there were two earthquakes only 42 seconds apart at almost identical location.

I checked the Japanese Meteorological Office's site, and found they had TWO pages(here and here) for the earthquake which occurred at 11:32pm on 7th of April. 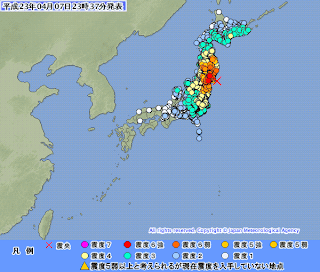 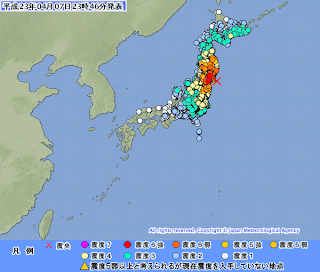 They both says it/they(?) occurred at AROUND 11:32pm, and their figures don't show the difference this video points out.

Wonder where this guy got the details of the quake/s...
Posted by Aus911Truth at 7:42 PM