I received the link yesterday but when I opened it, it was already GONE.

Yet, I managed to open a cached page which had a link to print the article which was LUCKILY STILL ALIVE.

Please forward this far and wide!!

We need to know this SYSTEM that's WORKING FOR THEM to sell toxic medicines/vaccines for them to profit out of citizens' deaths and WORSENING people's ill health.

Glaxo funded backers of 'danger' drug
This is Google's cache of http://www.independent.co.uk/life-style/health-and-families/health-news/glaxo-funded-backers-of-danger-drug-1923852.html?action=Popup. It is a snapshot of the page as it appeared on 19 Mar 2010 02:09:16 GMT. The current page could have changed in the meantime. 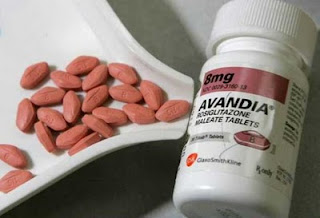 More than nine out of 10 scientists who backed a drug at the centre of a safety scare had financial links to the pharmaceutical industry, a study has found.

The disclosure will renew concern about the influence of the multinational companies on patient safety, where a warning about a drug can wipe billions from their balance sheets.

The pharmaceutical industry has become adept at manipulating results and selectively withholding unfavourable data that could expose patients to harm. Now it is accused of skewing the debate over one drug, Avandia, prescribed to millions of people around the world with Type 2 diabetes. Avandia, made by the British multinational GlaxoSmithKline (GSK), which helps diabetics control their blood sugar levels, was linked with an increased risk of heart attacks in research published in 2007.

Since then debate has raged within the scientific community about whether Avandia should be withdrawn from the market. Warnings were issued on both sides of the Atlantic but the drug is still recommended by the National Institute for Health and Clinical Excellence (Nice) in the UK and taken by tens of thousands of British patients.

In the US, internal Food and Drug Administration (FDA) documents leaked to The New York Times last month said 500 heart attacks a month could be avoided in the US if patients on Avandia were switched to a rival drug. A separate investigation by a cross-party US Senate committee was sharply critical of GSK, saying it failed to warn patients of the heart risks earlier. It also said GSK executives had "attempted to intimidate independent physicians".

Avandia was one of the biggest selling drugs in the world with sales of more than $3bn (£2bn) in the US alone in 2006. But when the FDA issued a warning following the 2007 research linking the drug with an increased risk of heart attacks, sales plunged. Now the FDA is reviewing the drug for a second time and is due to announce its findings in July. In an internal memo last December, Janet Woodcock, director of the FDA's drug centre, wrote that "there are multiple conflicting opinions" about Avandia. Despite this, no review is planned in the UK.

The latest study helps illuminate why the scientific opinions on Avandia are conflicting. Researchers from the Mayo Clinic in Minnesota - one of the few US research organisations that does not rely on commercial sponsorship - analysed more than 200 articles published in scientific journals, including original papers, editorials and letters, which commented on the heart attack risk associated with Avandia after 2007.

They found almost half (47 per cent) of the study authors had financial conflicts of interest but almost a quarter (23 per cent) did not disclose it. They were discovered by searching other publications by the same author or on the internet. Three authors declared no conflict of interest but did in fact have one.

But of 29 articles strongly recommending the rival Eli Lilly drug, Actos, as a replacement for Avandia, 25 were by authors with financial links to Lilly.

Writing in the British Medical Journal, the Mayo Clinic researchers say: "In the heat of the rosiglitazone [Avandia] controversy, patients and clinicians alike were exposed to many arguments on both sides of the debate. How could interpretation of the same evidence result in disparate and impassioned positions? We aimed to determine whether financial conflicts of interest with pharmaceutical manufacturers could be fuelling this fire. From our findings, it appears that the answer is yes."

Mohammad Murad, assistant professor of medicine, who led the study, said yesterday he had been disappointed at the low rates of disclosure of financial conflicts of interest, given the clear link between them and the authors' views. "This thing [the influence of financial links] could be subconscious," he said. "We are not saying it is necessarily deliberate. But the implication is that there should be better disclosure. People [with financial links to the companies] should realise they are probably biased and as readers we should be aware of probable bias."

He added: "Avandia should probably be withdrawn. There are a lot of other options available now."

GSK said seven trials had been completed since 2007 which had failed to show an increase in cardiovascular events linked with Avandia. A spokesperson said: "The science shows Avandia is safe and effective when used appropriately and in accordance with the labelling. The evidence does not establish an increased risk of heart attack. We acted properly and responsibly in the way the clinical trial programme for Avandia was run, in marketing it, monitoring for safety and in the updates we put out. As a company we support open and independent debate."

The spokesperson added that in the interests of greater transparency all research payments made by the company to doctors and institutions would be disclosed from next year. Allegations of intimidation of scientists related to a case involving a US doctor who had included inaccuracies about Avandia in presentations in 1999 which the company had tried to correct. "We had a disagreement which was later resolved. We think it is important to correct inaccuracies and the doctor did correct his statements. We absolutely rebut the idea that there was intimidation or threats."

A Diabetes UK spokesperson said: "We would not advise people to stop taking Avandia."

Avandia was hailed as a turning point in the treatment of diabetes at its UK launch in 2000. It was one of the first of a new class of drugs for the condition - called glitazones - to be developed since the 1950s. Sales soared until 2007 when a review published in the New England Journal of Medicine showed a significant increase in the risk of a heart attack associated with the drug. Diabetes is one of the biggest potential markets for drug manufacturers, with more than two million sufferers in the UK alone. The disease is driven by rising obesity and inactive lifestyles.