[slightly off topic] Fort Detrick disease samples may be missing

Fort Detrick is where, some people believe AIDS virus was 'created' and had some connection with that anthrax incidents happened right after 9/11.

Don't know what kind of 'samples' are missing this time...
But surely, this is not a good news.

Army criminal investigators are looking into the possibility that disease samples are missing from biolabs at Fort Detrick.

As first reported in today's edition of The Frederick News-Post by columnist Katherine Heerbrandt, the investigators are from the U.S. Army Criminal Investigation Division unit at Fort Meade.

He said the only other detail he could provide is that the investigation is ongoing.

Fort Detrick does not have its own CID office, Jones said, which is why Fort Meade's CID was brought in.

Jones said he could not comment on when the investigation started.

CID is responsible for investigating crimes where the Army is, or may be, a party of interest, according to the U.S. Army Criminal Investigation Command website.

USAMRIID is the Army's top biodefense lab, where researchers study pathogens including Ebola, anthrax and plague.

In February, USAMRIID halted all its research into these and other diseases, known as "select agents" following the discovery of virus samples that weren't listed in its inventory.

Vander Linden said she didn't know about the CID investigation and referred questions to the CID's head public affairs office.

Above mentioned "Opinion" page, below:

What a courage!!
Burning Conscience: Israeli Soldiers Speak Out


A searing interview with Avichai Sharon and Noam Chayut, both veterans of the Israeli Defense Forces and members of Breaking the Silence. Sharon and Chayut served during the second intifada, an on-going bloodbath that has claimed the lives of over three thousand Palestinians and nine-hundred-fifty Israelis. After thorough introspection, these young men have chosen to speak out about their experiences as self-described "brutal occupiers of a disputed land." Producer: Sat Gwin

Alternate Focus is available on the Dish Network, Free Speech TV, Channel 9415, Saturdays at 8:00pm EST and on cable stations near you. Check www.alternatefocus.org for details.
(from its page on YouTube)

That link mentioned there,
http://breakingthesilence.org/
doesn't work but I found it on Wikipedia,
http://en.wikipedia.org/wiki/Breaking_the_Silence_(non-governmental_organization)
and there was a link to the correct site,
http://www.shovrimshtika.org/
BUT for some reason, I cannot get the English pages...

Anyhow, using some out of above video, there's another one,


Regarding that "US-Israel dual citizenship," please check out "9/11 Missing Link"

Yes, it's not just top figures(puppets) but full timers are the nasty evil-doers.
Posted by Aus911Truth at 10:02 AM No comments: Links to this post 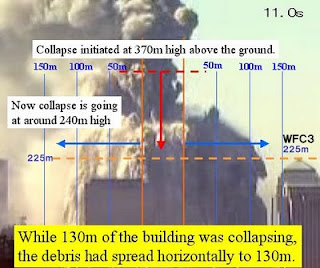 Akira Doujimaru, one of the co-authors of Councillor. Yukihisa Fujita's new book on 9/11 has created a website both in Japanese and English, to debunk the official story!

I tried to put up a couple of images from his site on this page, but it didn't work for some reason. Very weird... Anyhow, I've put one above. A few others, please see:
collapsingzone1
upper-rotation
debunk Bazant
75floor blasts
NIST explanation
debunk Bazant-3

Akira says he's not a truther but rather a LIE DETECTOR!, says his English is not flawless, but he's hoping to wake up more citizens around the world.

Please check it out and tell others!!
Posted by Aus911Truth at 10:47 AM No comments: Links to this post


I really like it when Dr. Harrit urges the interviewer to ask 'the company responsible of the security of WTC,' the firm where Dubya's youngest brother was the CEO!!

You can see a full transcript, news, forum and the video in high quality here:
Nano-thermite in Danish Mainstream-news
Posted by Aus911Truth at 1:54 AM No comments: Links to this post

"Lowie vs America" talked about WTC7

Yesterday, as I was driving, STAR FM Gippsland/Melbourne Southeast was on cause that's what my little one listens to nowadays instead of Kids FM.

And there was a corner called "Lowie vs America." This Aussie guy reporting from the USA, and he was in NYC.

He interviewed a few people on street about that "9/11 conspiracy theory" especially focusing on WTC7. It was all right -- some expressing the doubt but then he had a firefighter chief coming on, saying all the firefighters he knows deny it.

And yet, Lowie ended that corner saying something like, "Well, you determine it yourself. Go and check wtc7.net!"

So, if listeners go and see what that site has to say, they could see through the lie all right!!

Thank you Lowie!!
And please express your "Thanks!" to him from here.
Posted by Aus911Truth at 4:03 PM No comments: Links to this post

The paper ends with this sentence: "Based on these observations, we conclude that the red layer of the red/gray chips we have discovered in the WTC dust is active, unreacted thermitic material, incorporating nanotechnology, and is a highly energetic pyrotechnic or explosive material."

In short, the paper explodes the official story that “no evidence” exists for explosive/pyrotechnic materials in the WTC buildings.

What is high-tech explosive/pyrotechnic material in large quantities doing in the WTC dust? Who made tons of this stuff and why? Why have government investigators refused to look for explosive residues in the WTC aftermath?

These are central questions raised by this scientific study.

The peer-review on this paper was grueling, with pages of comments by referees. The tough questions the reviewers raised led to months of further experiments. These studies added much to the paper, including observation and photographs of iron-aluminum rich spheres produced as the material is ignited in a Differential Scanning Calorimeter (see Figures 20, 25 and 26).

The nine authors undertook an in-depth study of unusual red-gray chips found in the dust generated during the destruction of the World Trade Center on 9/11/2001. The article states: “The iron oxide and aluminum are intimately mixed in the red material. When ignited in a DSC device the chips exhibit large but narrow exotherms occurring at approximately 430 ˚C, far below the normal ignition temperature for conventional thermite. Numerous iron-rich spheres are clearly observed in the residue following the ignition of these peculiar red/gray chips. The red portion of these chips is found to be an unreacted thermitic material and highly energetic.” The images and data plots deserve careful attention.

Some observations about the production of this paper:

AND, we've got to take this to our politicians, government officials, scientific community and demand a real investigation into 9/11 -- September 11, 2001 which killed 10 Australians on the day, hundreds of thousands of Afghanis, over 1.2 million Iraqis and detained, tortured, killed so many innocent Muslims and Arabs around the world!!

Afghan, Iraq, never-ending 'War on Terror' and their war on us civilians to take our freedom and rights away.

Long due to have some justice done, everybody!!
Posted by Aus911Truth at 1:19 PM No comments: Links to this post 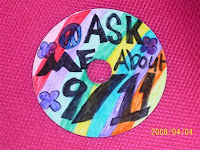 We've been doing our 11th Day Action ever since November 2007. ;O)
This month's action will take place(as usual) from around 12noon, at corner Swanston and Burke.

Bring along any flyers, banners, DVDs and CD-ROMs to wake up more citizens!!
And let's sing along this altogether. ;O)

Posted by Aus911Truth at 4:42 PM No comments: Links to this post